dezldave961 said:
Thanks, it's actually ZZP's larger (Stattama) stainless kit for W-body cars... T4 w/ 3" v-band downpipe, with their log manifolds. I wrapped and hi-temp coated the crossover/downpipe (couple pics in one of the videos), and just wrapped new manifolds to replace the cracked ones.
Click to expand...

So the whole turbo kit fits the w body cars? That’s a sweet car and going to be a crazy sleeper!!

Ya, the T4 kit requires swapping to the smaller diameter Monte/Impala brake booster for the TIGHT clearance (was originally prototyped on an '03 Impala that I helped do engine work on in it's early version, and they eventually ran 10.0's before it got sold).

If you're looking for more power than is almost useful in these cars, this kit is the guaranteed creation of that problem.

As I just mentioned over on the 3800 forum, everything is pretty much installed & basically ready to go, but the tune is going to be in need of improvement. DHP PowrTuner is too outdated to consistently run on Win10 (not that it was ever a reliable system, just convenient for universal 3800 tuning without credits). Looks like HPTuners is in my near future before I can start driving the Regal to work.

you're really making me miss my old FWD Regal. Most comfortable car I've ever owned. Back in the old days when ZZP was the only game in town and if you wanted a tune, you had to order an "off the shelf" flash or fly one of the two programmers from DHP out to do it for you. Fun times. I sold the car right as people were starting to do turbo conversions, everything was W/A intercoolers under the supercharger and smaller pullies back then. I'm having a blast watching this thread. Cheers!

My dad used to race the Pontiac GXP Or the GTP I don’t remember the model. We went low 11’s with pulleys and fuel system... makes me want to get into them lol

Ya, the fun days when GTP's & GS's were the new hot thing for mid-level everyday performance cars in the early 2000's was a blast (got my '98 GTP back in 2002, and immediately started working with local ClubGP groups as they grew). There is a formula to getting them to specific benchmarks, and plenty of people popped engines trying to jump the line without the right parts.

Between Michigan, Minnesota, Upstate NY and elsewhere, I've probably worked on about 75-100 different setups, and everyone loves when they get that extra "boost" from some properly dialed-in upgrades... either a basic intake/exhaust/pulley/tune setup, or a full-blown cam/heads/transmission/turbo/etc. build that makes it the quickest daily driven sedan in the next 5 neighborhoods. Some people try stretching the term "daily driver" to include their garage or trailer queens, but until you've beaten a guy on a motorcycle with your 3800 GTP, with 3 grown men in the car and another 3800 in the trunk, it's hard to compare how much many of those cars actually get "driven" daily. (He tried saying his faster bike was back at the house, and I simply said I had an engine in the trunk... his attitude towards a rematch changed as he saw how sagged the rearend was.)

Fun fact: that trunk engine wound up in the world's fastest 3800 Impala, which retired after going 10.0's with the same kit I just installed. It was drag prepped and driven by the king of 3800 FWD racing, Matt M from ZZP, though, so I don't know how close to that I'll wind up.

Installing my new ZZP coilovers, and some street clips at start and end:


Hoping to hit a TnT soon, but there's a mountain rally cruise this weekend I hope to enjoy.

Guy with the GN was very nice. I may have gotten recruited to help him on any future mechanical work it needs.

(Do all that work to make it go fast, and it gets its 1st trophy sitting still.)

Made a quick video of the car show. Gonna have some track prep and race in-car edited together soon.


Let me know what footage is more interesting, so I'm not just making stuff for crickets.

Got out to the track last month. Ran in street trim, and on slicks, to get the dust off. Been 11yrs but got back into 11's, for now. Video should be put together eventually, but been busy at work.

Made a prep video just talking thru as I got it ready for that Test N Tune last month. Some random 3800/W-body tips/notes sprinkled in as I narrated my thoughts along the way.

Race video will be edited together from GoPro in-car footage this week. (more entertaining than this stuff, but I'm sharing the steps along the way)


Spoiler alert, there's a little good and bad that happened as I was knocking the rust off during my racetrack return.

Status of my garage, if you haven't kept up with my build videos after the May Test-N-Tune footage...

Going from T67 to T72 for giggles, since the grit got in the oil system on the drive home (both ball bearing, .68 A/R hot side), hoping for a little more power while I'm at it. 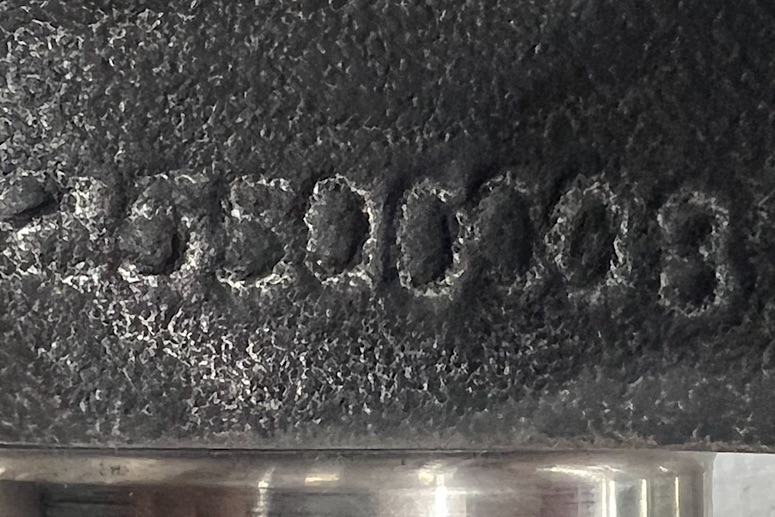 Engine back in, all parts on hand, and should be rolling again by this weekend (sooner, if I feel motivated after work tomorrow).

Since Job posted an update, I'll do the same...

Finishing up all the re-connecting as I update some nuts & bolts I saw requiring changes after this spring's testing. Getting pretty sick of OEM wiring, but I'll suffer thru it until I get a RWD project and really minimize clutter ... (Oh, and turbo fits, although I may only have room for a TurboGuard until I find an air path to the headlight for a 4" tube or something) 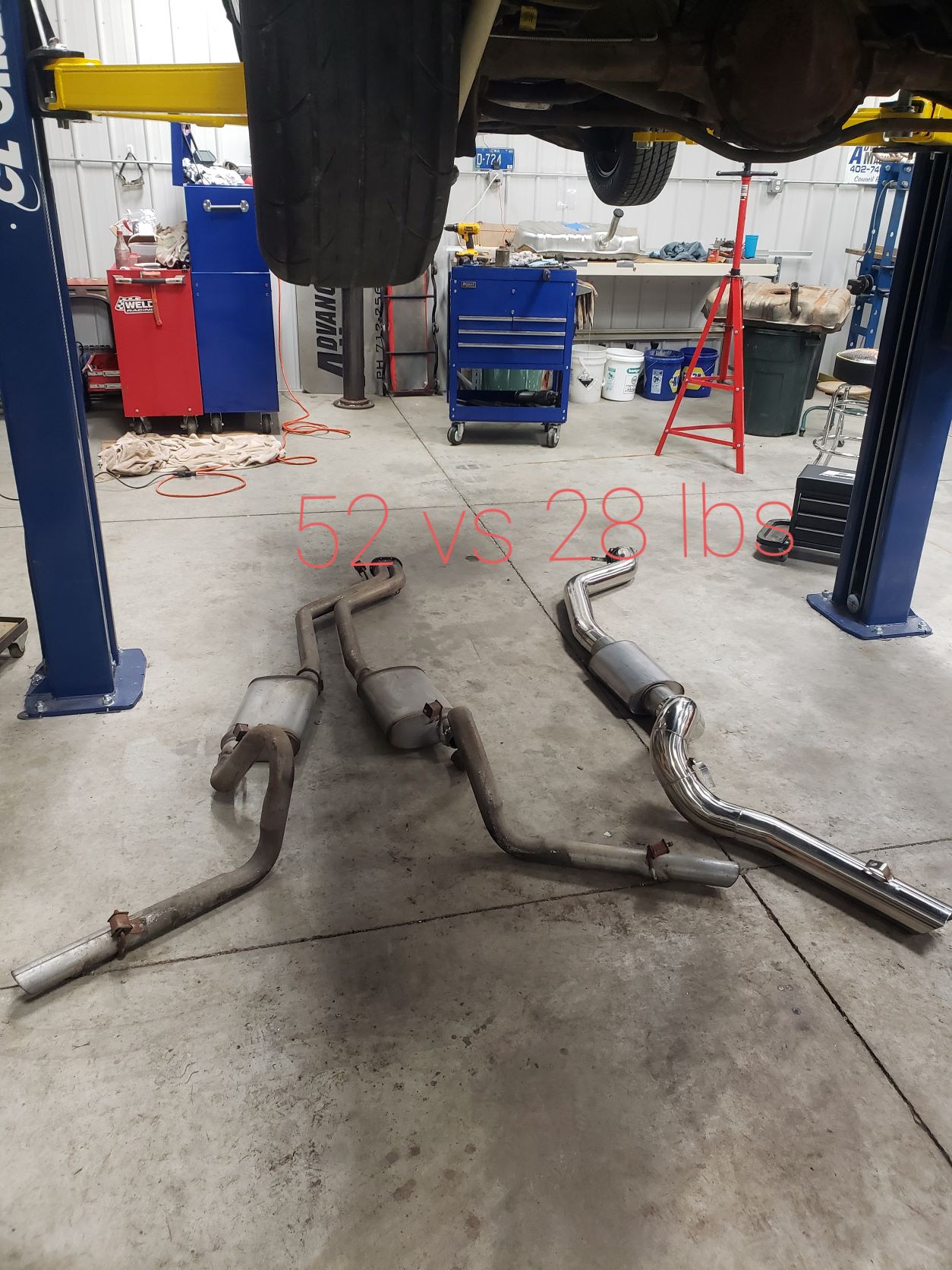 Really hoping to be running today or tomorrow, and maybe make the Virginia SCT event this weekend, but I might need some more shakedown time, and there's another TnT next week at VMP.

Hell yeah! Future plans for a RWD car with non-stock wiring huh? If you were to buy a standalone for a 3800 which one would you choose? I lean toward Holly if I ever get the rest of my car sorted out.

One long-time ClubGP guy, radrace19, got a Holley going in some project recently, and I'd also consider Haltech, since they are AUS-based and deal with 3800's there. FuelTech seems like an option, too, but I'm actually planning to start simple with a customized 1998 F-body tune/harness, just to get it going.

I am moving to a new base next year, so when I get settled and the Buick is cruising fine, I'll start piecing it together. A Firebird or S-10 is the preferred chassis, with 04-06 GTO shell (to be a Holden Monaro CV6 clone) or a /ugh/ Mustang shell probably 99-04. Although I hate Mustangs, it'd be great to immediately own their V6 records by the handful with a 3800 swap, and use that chassis like every other LS-swapper.

dezldave961 said:
One long-time ClubGP guy, radrace19, got a Holley going in some project recently, and I'd also consider Haltech, since they are AUS-based and deal with 3800's there. FuelTech seems like an option, too, but I'm actually planning to start simple with a customized 1998 F-body tune/harness, just to get it going.

I am moving to a new base next year, so when I get settled and the Buick is cruising fine, I'll start piecing it together. A Firebird or S-10 is the preferred chassis, with 04-06 GTO shell (to be a Holden Monaro CV6 clone) or a /ugh/ Mustang shell probably 99-04. Although I hate Mustangs, it'd be great to immediately own their V6 records by the handful with a 3800 swap, and use that chassis like every other LS-swapper.
Click to expand...

You're already inspirational, but you'll be my hero if you do one of the last two options. Before the Camaro fell into my lap, I was working on an engine to swap into something. I was really just looking for the right deal. I considered a Regal/GN, Catera, GTO, or Trans Am. I can't imagine how salty people would be when they found a V6 in an original LS car.

The Ford swap would be super gnarly too though! I thought about that option since the Mustangs already had T5s with reasonable convertability.

Ya, the GTO is a bit heavy and has IRS (might be more good for overall driving, but ticking time bomb for drags). It was my last favorite addition to the Pontiac lineup, mostly because the bumper swapped onto those Holdens resembled the 97-03 GP nose. G8 and Solstice just never got me as excited to own one.

Mustang would be something I'd give zero F's about totally tearing and cutting apart to make a drag car, but it wouldn't stand out in a crowd, aside from the 3800 on close inspection. I just think I'd rather be associated with a ho-hum looking S-10 in that weight class (easier wiring potential, too, with equivalent aftermarket). The 98-02 Firebird is still a car I'd love to try, and similar weight to the Regal with all the drag options, just a terrible engine location for possible MP112 use before going turbo.

I'll rock the Buick a bit longer and have fun with it until something pops up in my travels.
You must log in or register to reply here.