So I know this isn’t the right place but I didn’t see anywhere else. I found a 1980 turbo trans am with the 301 ci V8???? Anyone ever heard of these!? I can possibly pick it up for dirt because it’s got a blown head gasket. Then flip it after I fix it. Anyone know the value and if it’s worth it or not? Are the engines crap? It looks like a hot air regal setup just with a quadrajet and a v8

Like anything else its all about condition, the market is huge for these now. the turbo 301 engine's are dogs but its not always about power.
The first 25 years of these cars they never topped $7k, NOW like i said depends on condition 10k-30k .1980-81 was years the turbo ta was made.
R

The engines are crap and as to value I doubt its worth much unless you find the right buyer. The boost gauge on the hood is cool. If the car is in good shape and you can get it for cheap, take a shot.

Some masochists try to get those to go "fast". Those years of TAs are pretty fun if you can give them some power and rear gears. If you intend to flip it unless you get it for pennies you won't make a big profit on that model. Most would ditch the engine and go sbc or LS so they don't care if it's got a blown head gasket.

Alright. Sounds like they’re kind of rare but not super desirable. I’ll see what he wants for the pricing. Might just pick it up and fix it as a cruiser.

TireFryer said:
Alright. Sounds like they’re kind of rare but not super desirable. I’ll see what he wants for the pricing. Might just pick it up and fix it as a cruiser.
Click to expand...

If you do decide on getting it and fixing it up, look at www.301garage.com forum. Very informative site for these cars/engines.

I’ve been really busy with work, and haven’t been in touch with Paul (pacecarta) but the last time I was at his place, he had a virtual museum of that era Trans Ams.
i’c bet he would be the guy to ask.

TireFryer said:
Alright. Sounds like they’re kind of rare but not super desirable. I’ll see what he wants for the pricing. Might just pick it up and fix it as a cruiser.
Click to expand...

It’s definitely been sitting. Looks to be missing the carb as well.

Even if you got it for $1500 I don't think it could be a profitable flip unless you tow it home and throw it on the internet for 3K. Needs a lot of work for a version of a car that would make a buyer interested. https://classics.autotrader.com/classic-cars-for-sale/1981-pontiac-firebird-for-sale Quite a few of these have had V8 swaps, nice paint and major upgrades to get those prices. If you cleaned it up, you still don't know how the engine runs, trans shifts, how bad the radiator is, etc. Someone might really like it and want to spend money on it to fix it up, it's just finding that person and how long you want a yard ornament. I had a 79 and really like it but the bodywork that covered the rust was coming back and I didn't want to deal with that. The good part with TAs is there is real good parts support.

Yea a little to far gone for a flip unless you own a body shop, the mechanical side is the easy part..
but its still a second gen TA so you never know, most of us would buy a Gn in that condition

Those 301 engines were very "cost reduced". Siamesed intake ports... only 3 main caps and not 5.
If the car were super nice, recaro seats and nascar trim..... it'd be worth it for sure. But that one looks to be not so much.

If I had one here near Chicago it would definitely be running on straight E85 just to keep the little 301 alive.

Seems like there is not much in the way of "encouraging words" regarding that motor (altho it does seem that the 2nd Gen F-bodies are generally more respected that the 3rd Gens?).
We heard Jim Lyons present about that car/motor at the T/A Nats back in 2014, I gained a whole new respect for it. The Pontiac engineers were scratching and clawing to keep the T/A Pontiac-Powered... maybe not the most impressive result, but they did stave off the "bow-tie power" for a little while? There were also a bunch of other fans of the 301 on hand at that event with stories about making a lot of power and having some fast/reliable cars. It really seems like the electronics needed had not really even reached an infancy stage at the point in time that this was being developed.
How does that old saying go... "it seemed like a good idea at the time" 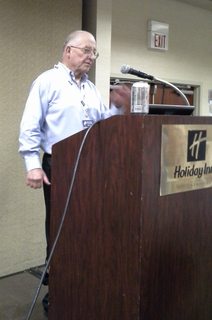 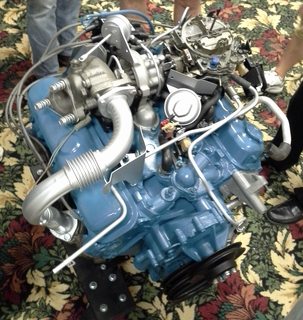