My summer "fun car" is a 1993 Roadmaster Wagon that's all original, including a very tired L05 V8 that's gutless and clicky. I'm considering a couple of options to repower it. Everyone and their mother seems to go the LSx route on B-body cars, but I'm leaning elsewhere. One of the options I'm considering is a Buick turbo V6. I love the idea of putting a Buick engine into a Buick that was never available with one, I think it would draw some fun attention at car meets. I've also always been a huge fan of Grand Nationals, and this seems like it would be a fun way to commemorate that.

First and foremost, how legal is this? My understanding is that a car can only be equipped with an engine that matches or exceeds emissions regulations of the engine that was originally installed from the factory. I'm not sure where that puts a <='87 3.8 turbo V6 in relation to a '93 L05. Seems like the big cutoff was for the '94 model year, so I may be ok with an '86 or '87 V6. I'm not so much concerned about ACTUAL emissions, I just don't want my car to get flagged at the next annual inspection.

Second, how reliable would it be as a summer daily driver? I'm not looking to make BIG power. The L05 that's in there now was rated at 180hp/300tq from the factory, and I'm pretty sure a lot of those horses have escaped the barn over the last 29 years and 190k miles. I would like something a little more spirited, like over 300hp and around 400tq. This wagon currently weighs about 4500 pounds with the L05, and I occasionally tow over 3000 pounds though I could do that with a different vehicle if needed. I don't really race it in any way (there's no point with this engine), though some occasional autocross might be fun.

And finally, if I was inclined to go through with this, where would be a good place to get a long block? I've tried reaching out to places like ArizonaGN, with no replies so far.

Any help getting these questions answered would be hugely appreciated. I'm hoping to do this project over the coming winter, and it would be nice to get my plans all lined up before that. 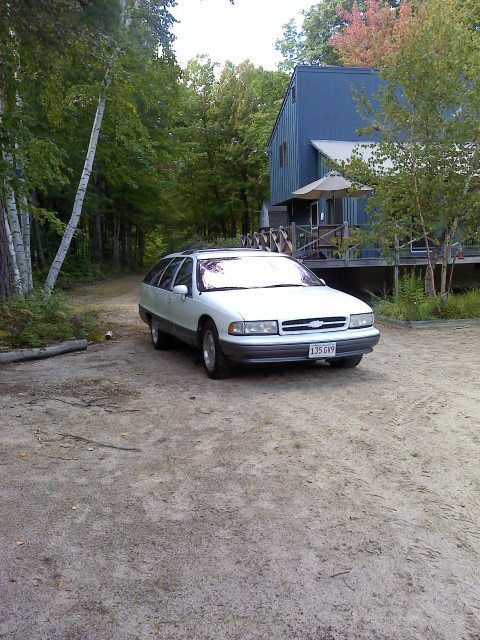 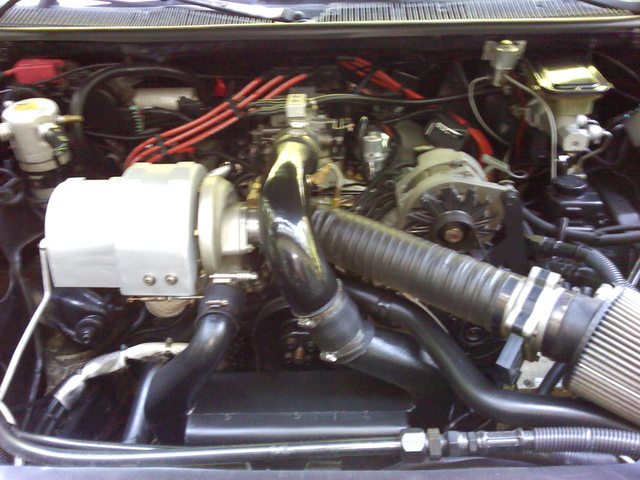 Nice! That's exactly what I'd love to do

GoreMaker said:
I'm not so much concerned about ACTUAL emissions, I just don't want my car to get flagged at the next annual inspection.
Click to expand...

If that's the case, ask the at an inspection station...preferably not the one you ue.

GoreMaker said:
This wagon currently weighs about 4500 pounds with the L05, and I occasionally tow over 3000 pounds though I could do that with a different vehicle if needed.
Click to expand...

Grumpy said:
oh what state r u in ?
Click to expand...

In Vermont. What are you selling? I might be interested, even if I have to pay for freight

Chuck Leeper said:
A 500 inch BBB would go well for that idea.
Click to expand...

whole car. I am in Freedom NH

Seems like most states have cars over 25 years old as "exempt" from emissions?
Maybe do some searching around... I hate to count on my memory - but I think that swap has been done a couple of times into Roadmasters.
Jim Dunn (Buick Turbo Performance) did one - maybe that is the same one that Grumpy has?
I wish that I had a good photo of the last Roadmaster - 700+ hp (big block) in that one (owned by Nicola Bulgari)
Good luck

Yes, that's the same car Grumpy has, and I'm in the process of arranging to buy it

I already bought it, no longer for sale
You must log in or register to reply here.