I have a several issues I haven't been able to chase down and they all may be interrelated. 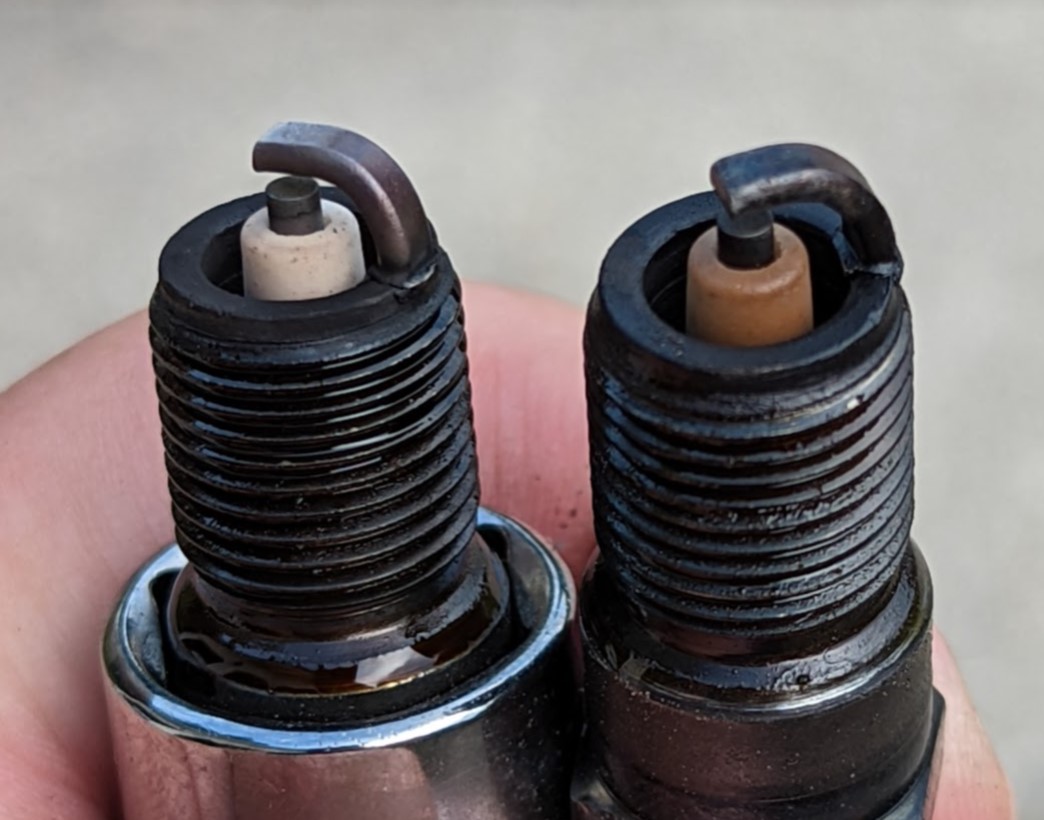 Any thoughts on this would be appreciated.

Hello new member and welcome! You didn’t say anything about age or condition or state of tune how long it’s been doing this how long you’ve had the car. Have you checked out the maintenance section there are a bunch of maintenance issues that need to be tackled to keep things in check with these cars. The IAC seems like it’s hunting around and that can be made worse by poor wires, plugs, vacuum leaks dirty throttlebody etc. check out the Maintenance area and post back. Good luck

Staff member
Both plugs show a lot of oil on the threads.
If that started out as never seize, it's too much.
If no a/s, then it's engine oil and there's cyl sealing issues such as intake, valve guides, rings.
The coloring on the rt plug is due to the one side facing the valve.
In any case, it's time to do a leak down, compression test and pull the throttle body and see what's in the intake.
My guess it has a lot of oil in it.
The PVC system could be at fault along with other issues.
No mention of the age or modifications on the engine. That info would help.
The "dead players" could also be the ign system is taking a dump.
You don't list where the 2 plugs came from, so that info would be helpful too.
If the 2 cold cyls are on the same coil, then there's a clue, too.
M

Thank you for the replies. I apologize for not providing enough information.

The engine and transmission is what would have gone in the 1989 Pontiac Turbo Trans Am so it is a derivative the GNX engine as I understand it. We have had it since the early 90's when we purchased it new and put it in a 27 Ford T Roadster we had built. See below. The car, engine, and transmission only has about 4000 miles on it. It does not smoke at all. The cold cylinders are 3 and 5 I think (back two on the drivers side). I don't think is missed under acceleration. If it is, it is not noticeable. It only stumble at throttle tip in from idle/stop. Once it warms up it does not surge, it idles fine. It does not feel like it has any dead cylinders.

I don't think it is ignition related as I have swapped around the plugs and the wires and there is not noticeable change. I can see how it might be injector related or maybe ring related since the engine likely sat for a couple of years on the crate while the car was being built. 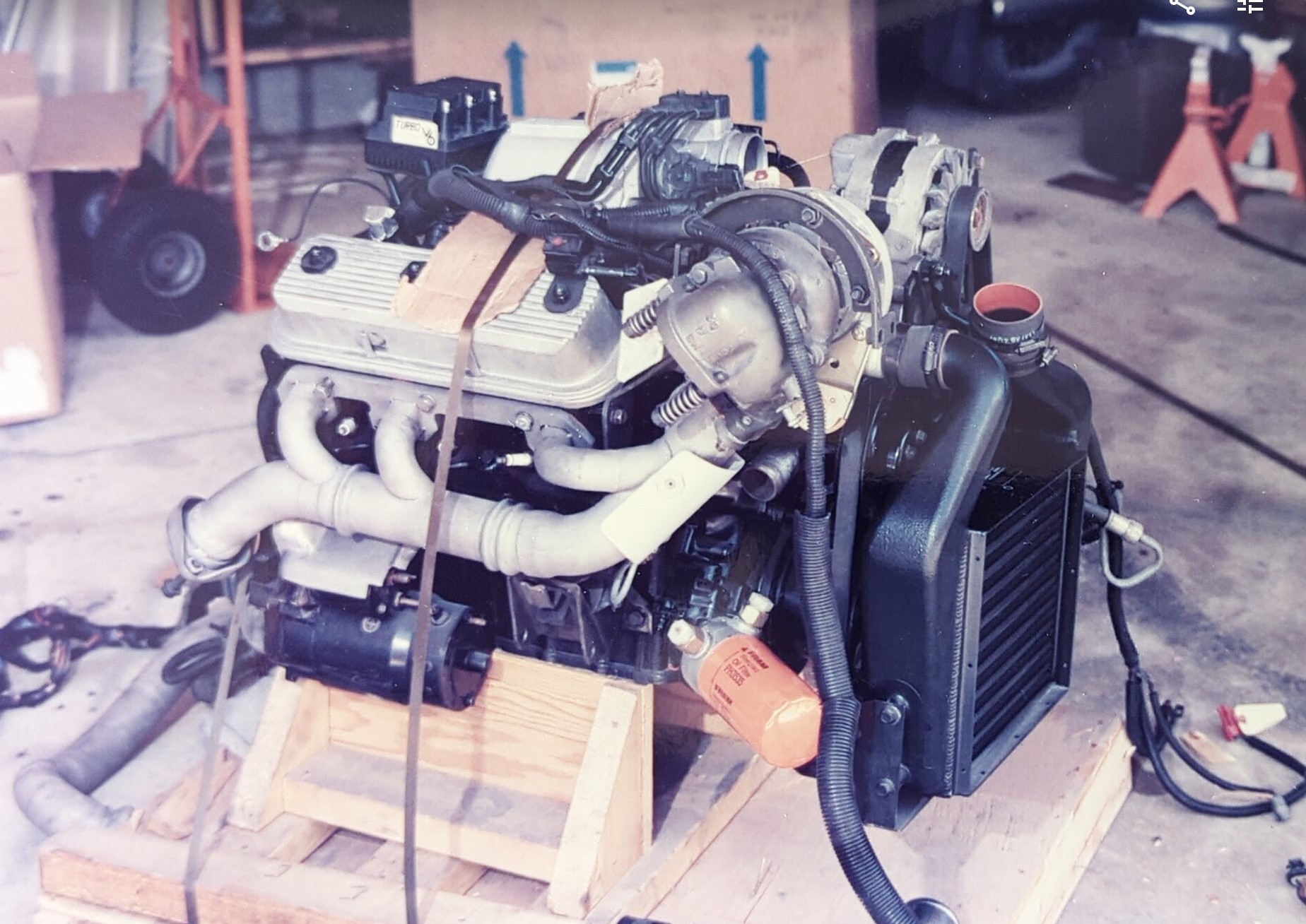 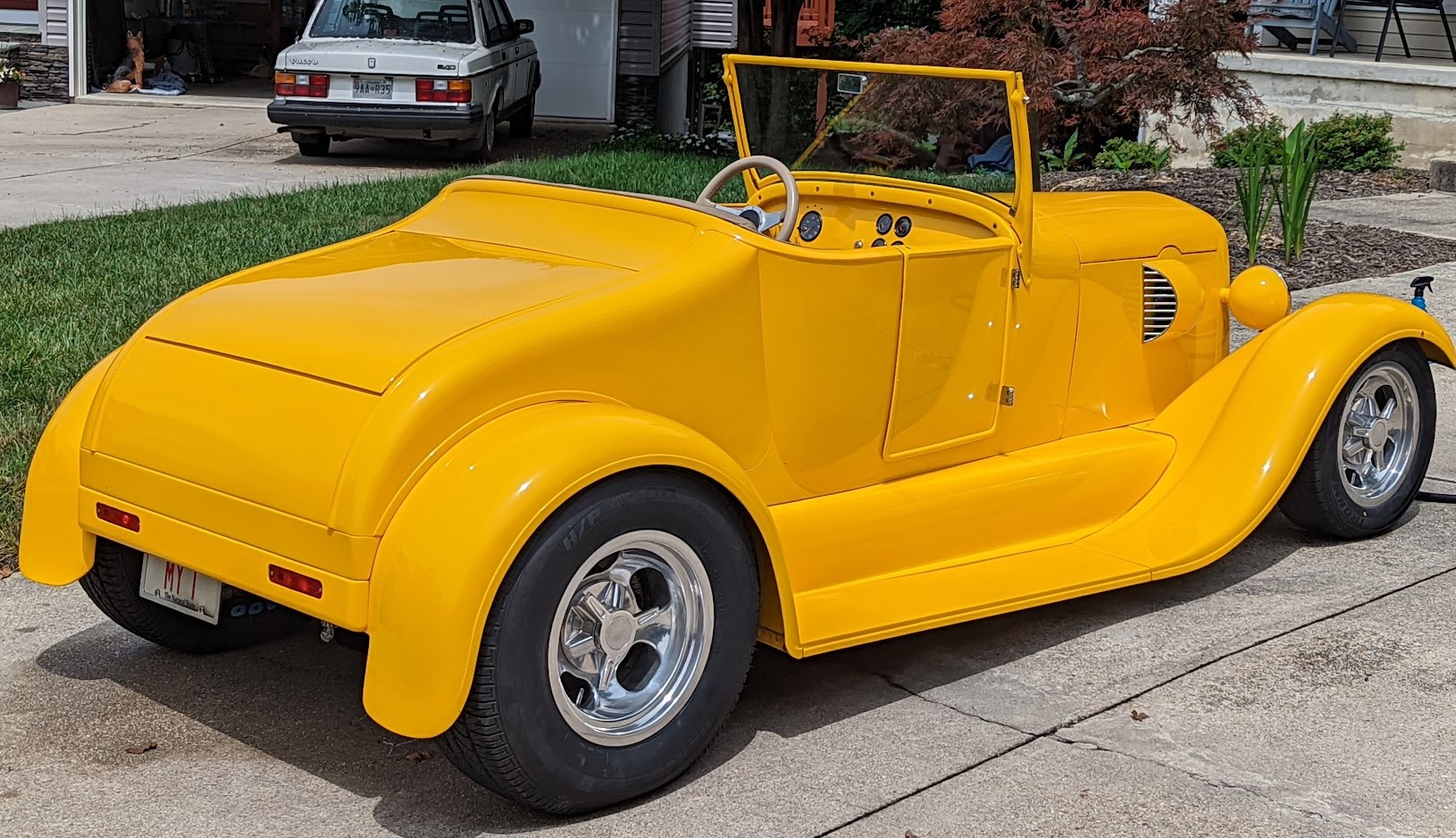 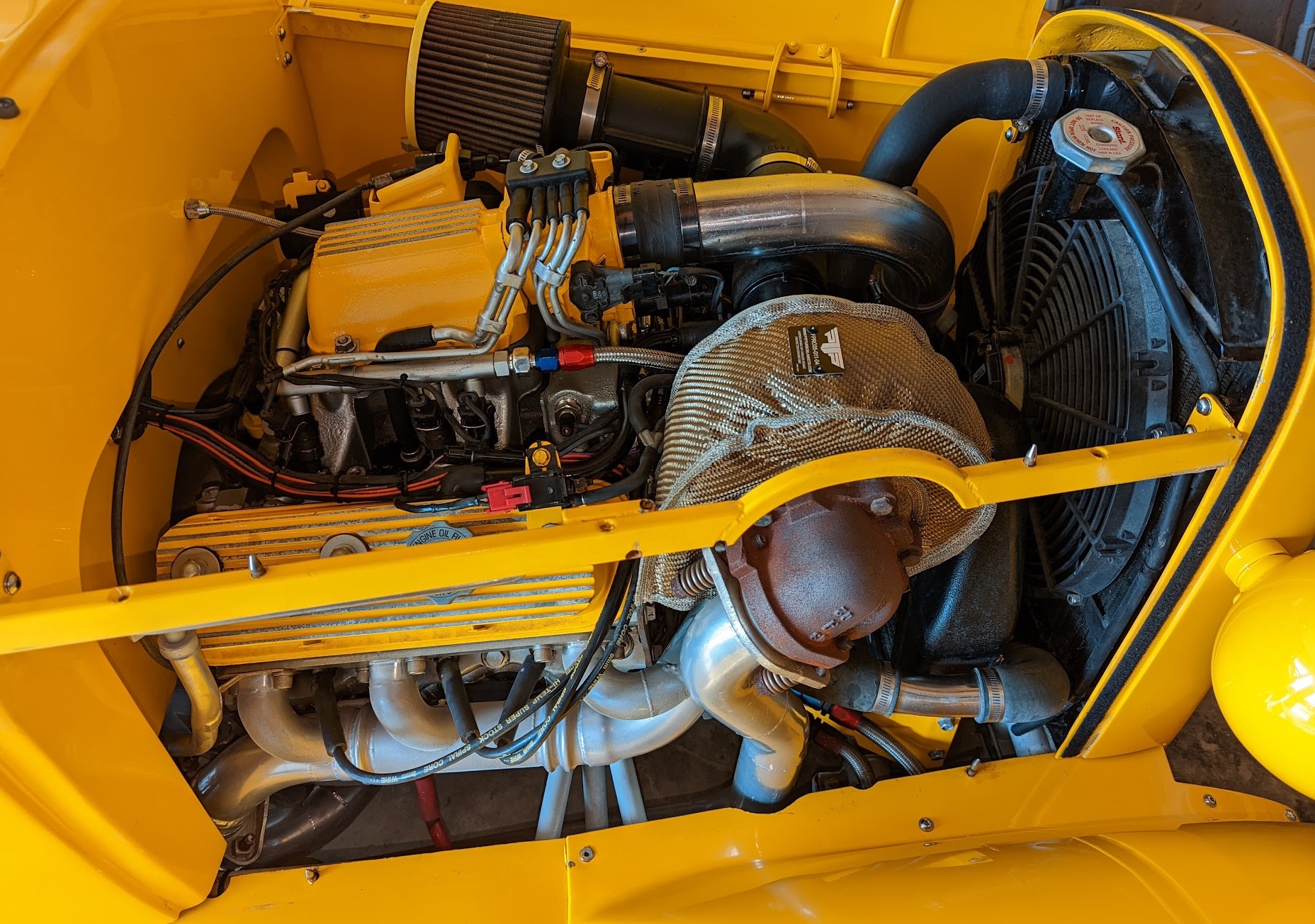 Thank you for your help.

That’s a sweet ride, thanks for posting. Also be sure to check all vacuum lines, I see you have stock boost “Y” hose those get popped off easily and hoses are still pretty old. There are a couple gouges in the throttle body intake hose be sure no leaks there also. With only 4k miles it’s barely broken in! Sits a lot…are you running Ethanol free fuel with stabilizer? I take it you don’t have power logger or scan master tools? May want to check TPS settings and IAC per instructions. Probably never touched.
M

Thank you for the information. I will check the coils. Thank you for the "how-to" on that. I'm "leaning" towards a vacuum leak for now. Can I disconnect and plug the vacuum hose after the check valve going to the EGR? In essence disabling the EGR valve.
M

I disconnected the vacuum hose that goes to the EGR and EGR controller and it made no difference.

Smoke test it... That will help you find any vacuum leaks. My bet is on that. You need some new intercooler hoses. That stock, plastic vacuum block on top of throttle body could be cracked as well. Seen many of those leak.

Sweet ride!!! I hope you get it figured out
M

Does anyone know what adaptor I need?
You must log in or register to reply here.

B
Can't get engine to idle