Interested in the bar that bolts to the frame horns and goes under the core support there. Is this part of the $800 frame/tub or available separately? Shipping to 76017. Let me know. Thanx.
R

Interested in the rear seat braces and speedo/ instrument cluster. How much shipped to 32218? Thank you.

I sent you a PM for info on the parts I'm interested in getting. Please get with me when you get a minute,
Thanks,
R

I sent you a message of the parts in interested in. Have not seen a reply yet. Do you have anything left? Let me know thanks.
R

Received the tail lights and hood emblems. very happy Todd is a A1 seller.

im starting to repair my dads 87, would love to have those interior panels your giving away, but would feel bad getting them from free, would gladly send you a little coin for them and shipping!
B

Hello,
I'm not sure if gatordad was wanting what you have labeled as Interior #1.... If not, I would like to take the entire set of "Interior #1", Header Panel #1 and the seats. Please let me know what a total price will be with shipping to zip 23851
B

gatordad said:
im starting to repair my dads 87, would love to have those interior panels your giving away, but would feel bad getting them from free, would gladly send you a little coin for them and shipping!
Click to expand...

Gatordad, since you need the interior, I would like to see if you could let me have the two panels that I have circled in the pic. I would greatly appreciate it.

Sure, the parts i was interested in are gone already anyway
B

Roger, thank you very much.
B

Toddzilla:
I would like to get a full price with shipping to 23851 for the following items:
Front and Rear seats
Header Panel #1
And the two panels that are circled in the attached pic.
If nobody buys the rims, I might pick those up as well.
Thanks

Wondering if the dash bezel that just above the glove box is still available ? It is held on with four push nuts. One of the certain vendor’s orders - believe it or not, this is exactly how I received them: overspray, masking lines, poor coverage, etc. I was so naïve at the time, thinking “I must’ve just got a bad set” that I ordered another pair! What a fool. I was planning to refinish them with SEM trim black, but now you can DIY, for super cheap.
Click to expand...

Do you still have the bumper fillers, if so tell me how much extra for shipping to 38131, memphis tn area, thx

If you still have it I'm Interested in fuel tank and walbro fuel pump. I'm in mass and could pick up. Price? Thanks
J

Sorry didn’t see those where taken . How about the transmission pan?

Those of you who have asked for parts recently (via PM or on this 5th page), I WILL be replying to you today to answer your questions and discuss options.

Okay fellas, first off, some clarifications. THIS LINK is to the live/updated parts list that I was forced to make on another site because this forum doesn't allow editing after 10 minutes for some reason: http://www.stanceworks.com/forums/showthread.php?101963-Parting-an-87-Turbo-Regal-Y56-extras

I get more questions about parts already sold than anything else. It wastes your time, it wastes my time, and it makes everybody cranky. That being said, those of you requesting parts... it's not your fault. I've posted this link several times, but it gets lost in the mix, and I'm sure nobody is reading 5 pages just to see if one single part is gone or not. As I said, I will be replying to each and every one of you TODAY, in order of request, right after I'm done with this post.

Most of the stuff is gone, as evidenced by the above link, but there are still some items of possible interest. The longblock will be listed this week. Here are some the last "new" parts that haven't yet been listed as separate items. 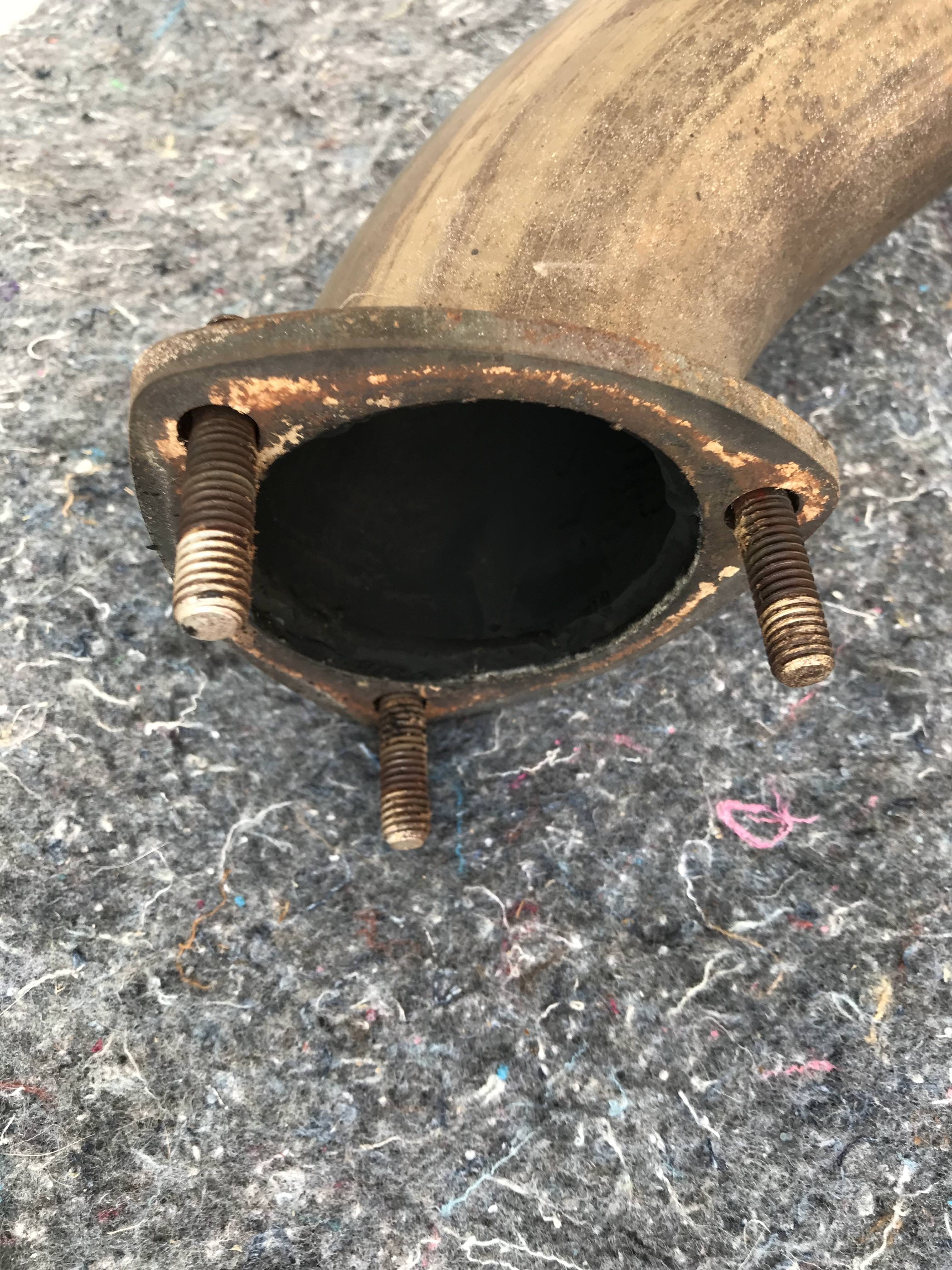 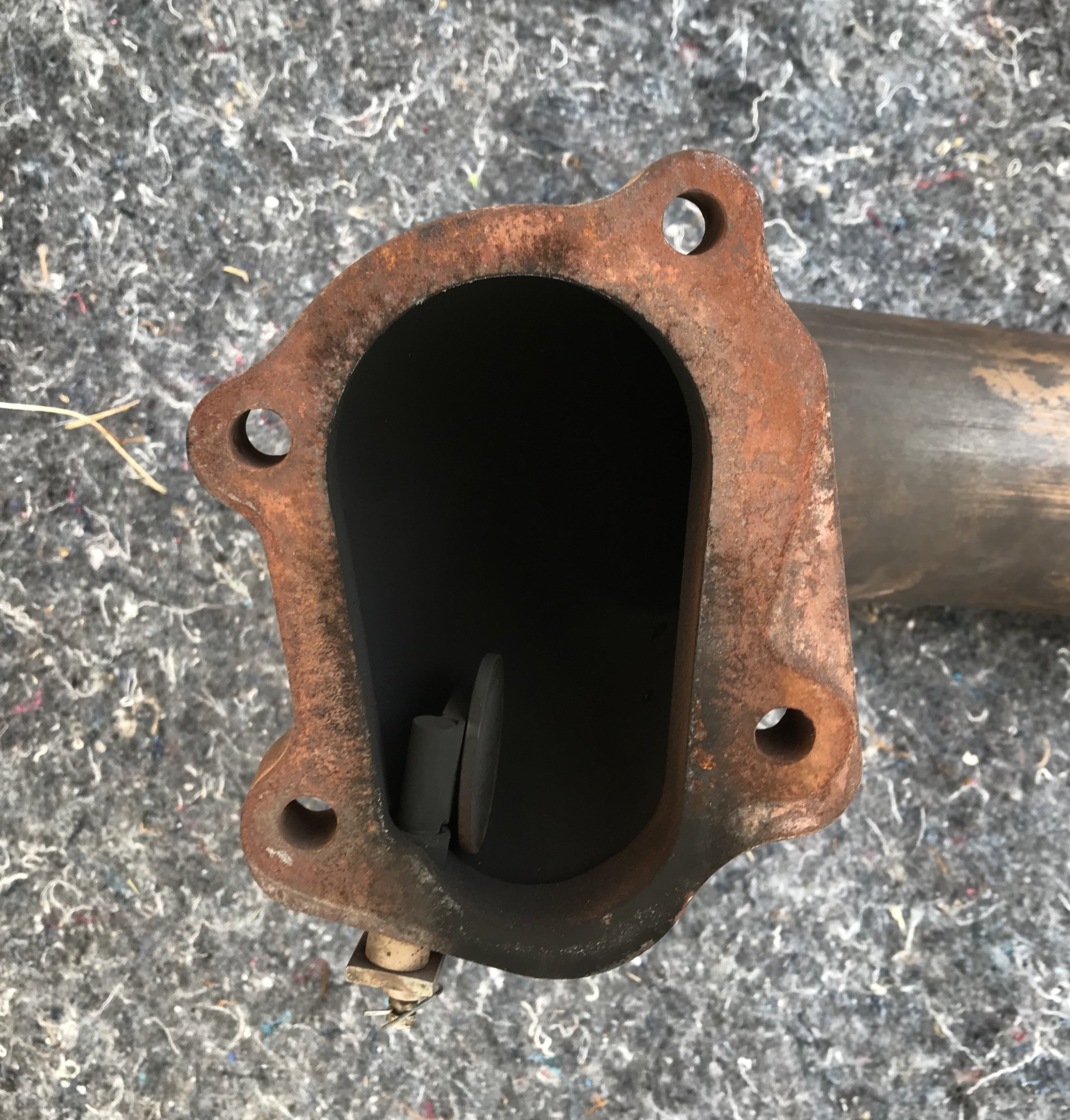 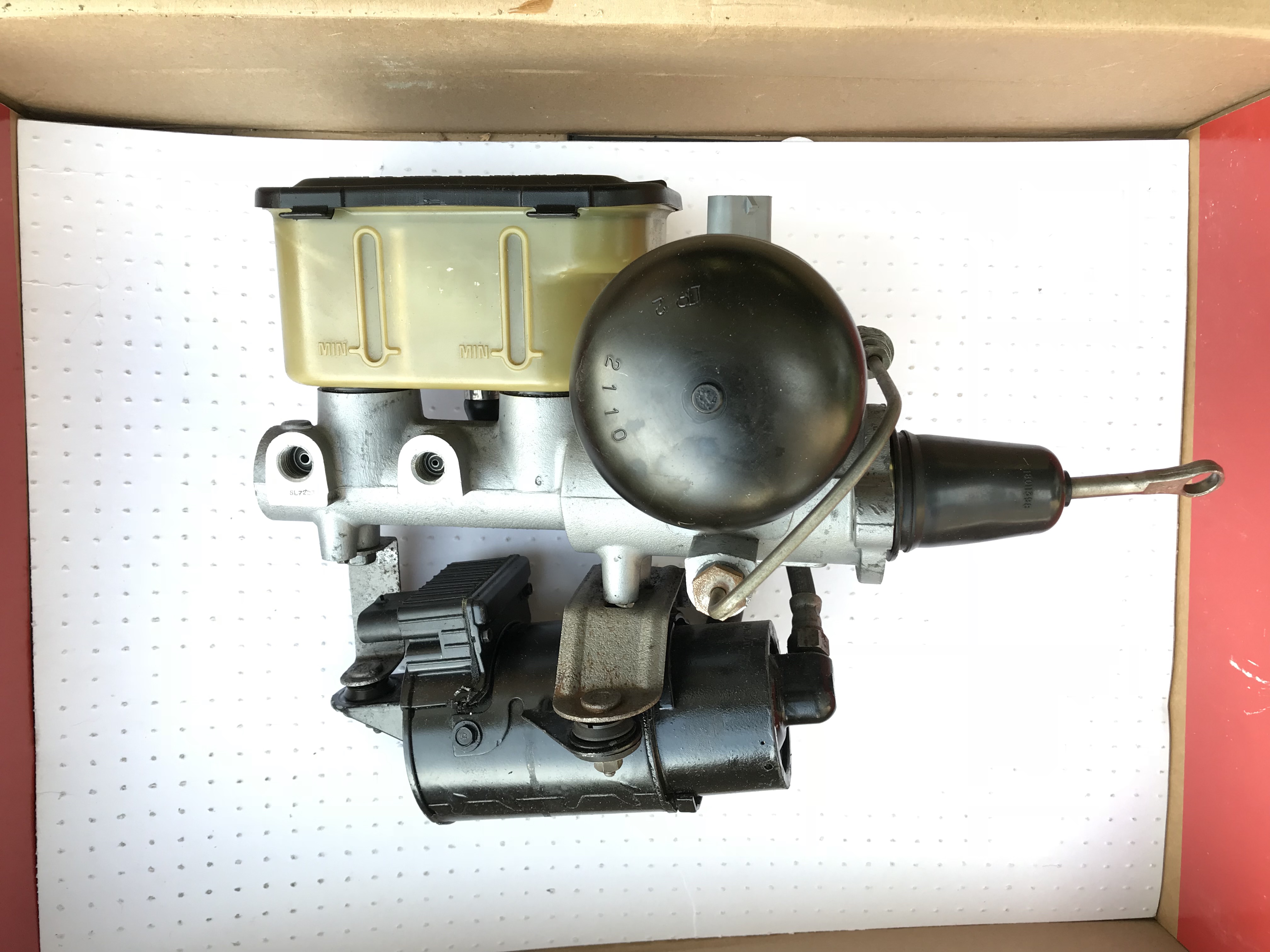 Stock headers & Crossover ... $??? make an offer - ugly repair by previous owner but they never leaked for me 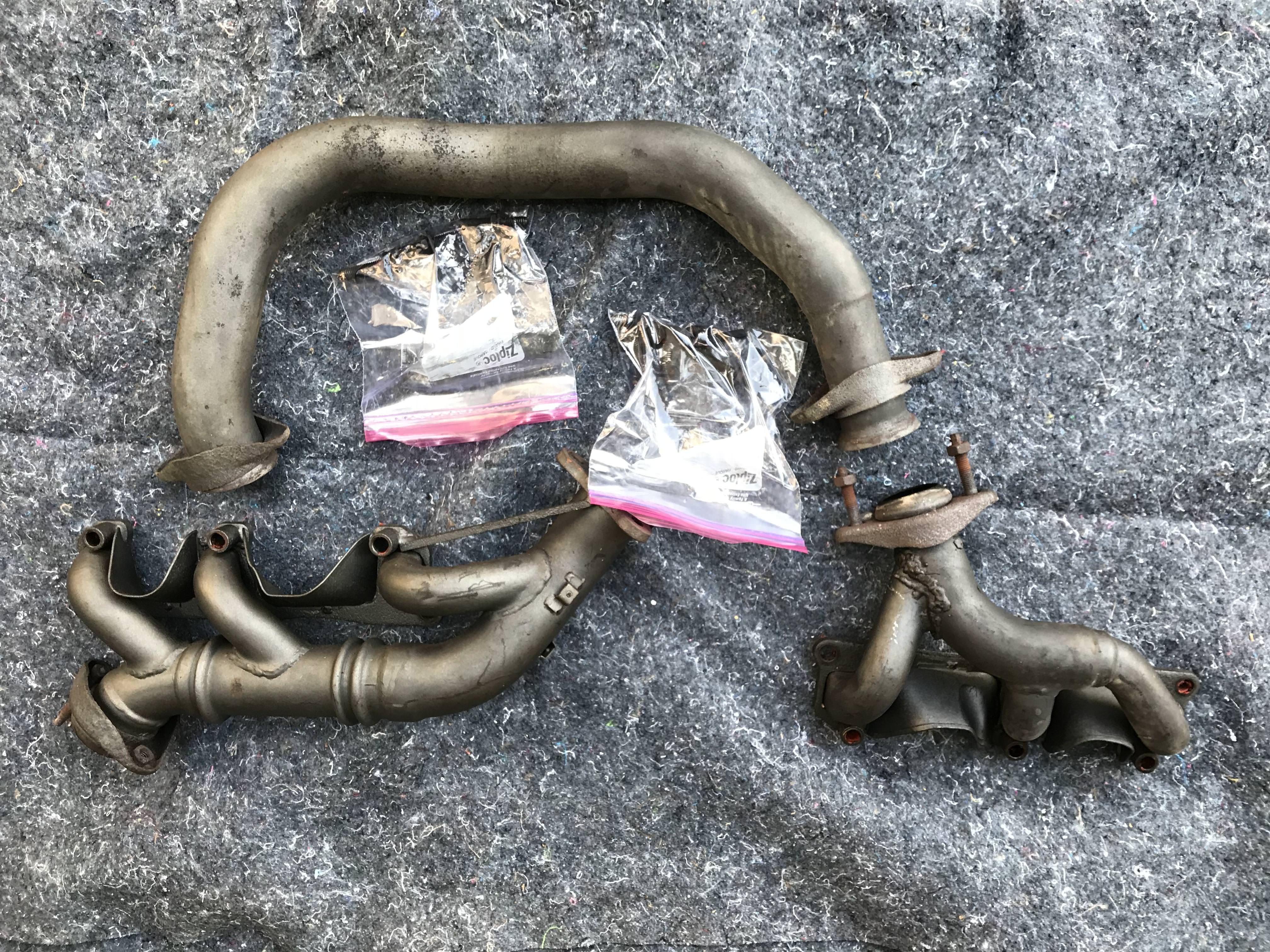 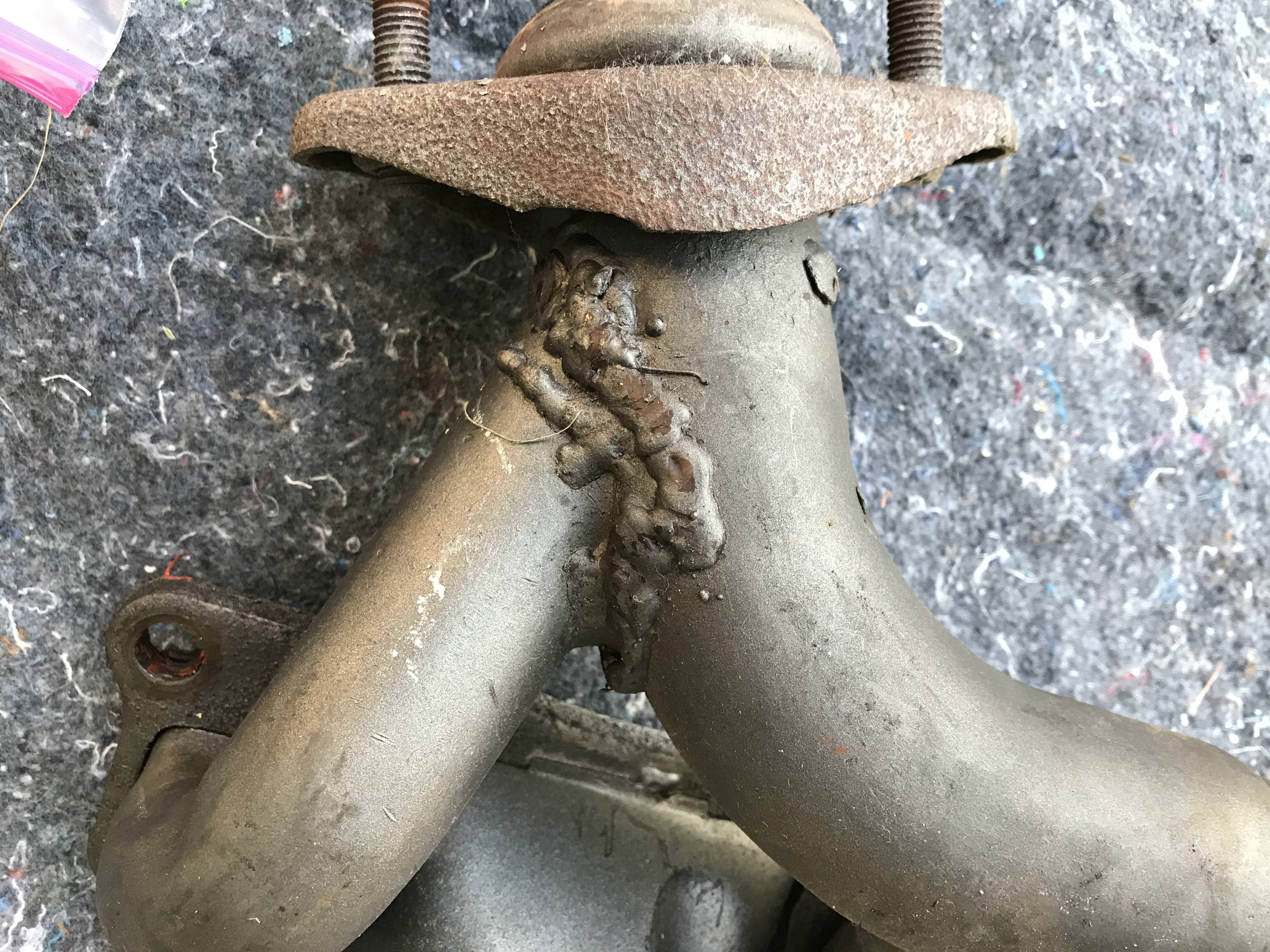 As the title states, I am parting out a 1987 Y56 car located in Connecticut at 06029. Lots more reading to do here than the average thread, but it’s all for the sake of transparency as well as answering questions before they pop up to save us both time.

I do take paypal, but I would prefer to keep the paypal aspect contained in PM’s so I don’t have two people randomly sending me money for the same part before we establish who’s getting what. Make sense? By all means, post your questions, comments, “dibs” and whatever else on this thread. I’ll PM you for the final details.

I have owned this TR since September 2005. There were zero mechanical/drivability issues with it other than a leaky slipping transmission and a stock converter that probably couldn’t keep up. In the spring of 2006, a deer took out the header panel, bezels, and driver’s fender.

The car was pulled off the road for repairs and a trans swap... and then I found the rust. I hadn’t really wanted a T-top car to begin with and now my impulsiveness came back to haunt me. The rust was all through the tub, top to bottom, firewall to trunk, from surface scale to fist-sized holes in the floor. After less than 1000 miles of driving, the car I’d bought to be a fun cruiser turned into a nightmare project. If I had the means and money, I would’ve done a body swap, but I was making $22k/year in the Army at the time and working by myself in a one-car garage (up hill, both ways).

During the repair and rebuild phase, I had some issues with a certain vendor’s “customer service” and several orders of sketchy parts (some you’ll see below). I initially overlooked it and rationalized it as bad luck or something else because “everybody” recommended this vendor. Well, he pulled a fast one on me soon enough and I had to eat a $2500 loss, which might as well have been $25,000 in those days. The Buick project was pretty much dead in the water at that point. I was out of patience, I was out of motivation, and I was out of money.

After the military, my line of work kept me separated from the car for extended periods of time, and other more fun, more rewarding, less stressful projects came along. Bottom line, the car has been sitting in a climate-controlled garage in CT since June of 2007. I collected some parts over the years here and there, and a couple months ago I started tinkering again. But I still don’t want a T-top car, and I’ve owned faster “better” cars since 2007. My standards for a “fun cruiser” have changed, and this thing is going to take at least $15k to get where I want it now. It’s time to go.

Let me be clear: I am more concerned with clearing out parts than haggling for top dollar. I have priced this stuff the way I have for that reason. I did my research. That being said, if you think I’m way off base for some reason, make me an offer.

By and large, these listings are “what you see is what you get.” Each item is as complete or incomplete as the pictures show, and there are no additional parts included unless specifically stated.

I am a one-man operation here and I am still in the process of removing things, so please be patient. I have a digital scale and will gladly weigh parts upon request. I will do my best to get back to everybody ASAP and ship things ASAP.

TO MAKE THIS AS SIMPLE AND CLEAR AS POSSIBLE, THE PARTS ARE BROKEN DOWN BY “DEPARTMENT” AND THE CONDITION OF EACH IS CLEARLY LABELED ON THE PICTURES.

If the picture says NEW, that means the part is brand new, unused, unblemished, and has never been on or in the car. Sometimes I still have the original packaging, sometimes I don’t. If in doubt, assume I do not.

If the picture says ZERO, that means the part is new, but has been installed on or in the car since it was parked. These parts may have “installation” wear & tear, scratches, blemishes, etc. but zero actual miles of use.

If the picture says USED, this is an OEM part with approx. 80k miles on it unless otherwise noted.