Which, by the way, neither the EPA nor the State of California will allow me to use, so maybe they should look into that as well. 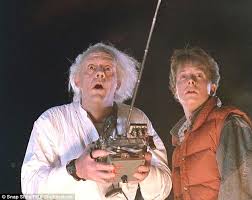 Must have seen the "AGENTS" coming
Click to expand...

Must have seen the "AGENTS" coming
Click to expand...

It is a shame he's retiring to mars, I take it his buick is in the ship with a lot of dos xx since he's on a one way
Trip to Mars I hope he has enough race gas and alky when he gets there
I'm sure the odds are 80% to20% in his favor he's prepared
R

FYI... this is from whitehouse.gov, so consider the source (except orange text, that's my opinion and SEMA quote)...

An update for your petition on racecars:
On February 10, a petition you signed reached 100,000 signatures, the threshold for receiving a White House response. The petition contends that proposed Environmental Protection Agency (EPA) standards would prohibit the conversion of motor vehicles into racecars, and asks the Administration to remove this provision.
We understand that you and many other Americans are passionate about motorsports. Car racing is an exciting American tradition, whether you’re behind the wheel, in the seats, or watching on TV.
Under the Clean Air Act, EPA has the important responsibility to protect Americans from dangerous air pollutants. EPA’s proposed standards for medium- and heavy-duty engines and vehicles aim to ensure that vehicles emit less pollution and go further on each gallon of fuel. (BS. "SEMA VP of Government Affairs contends that the EPA clarified in a January 20, 2016, meeting with SEMA that the proposed rules would reach out to the “light-duty” market—vehicles with a gross vehicle weight ratings (GVWR) of less than 8,500 pounds—despite the proposed rules aiming at larger Heavy- and Medium-duty trucks." Typical legislation; "light-duty" buried within 600+ pages of heavy- medium-duty truck legislation. How does a race car get included in that proposed legislation? Maybe no one will notice?). The standards are a key part of the President’s commitment to increase fuel economy, while reducing greenhouse gas and other air pollution in the United States.
EPA is carefully considering the many public comments it received on the proposed standards. That includes the input it has received from you and others about recreational racing vehicles.
We look forward to updating you when there is more to report following the release of the final standards. Thank you for your participation in the We the People platform -- we¹ll talk again soon.
-- The We the People Team

Thank you for the update.
J

Just like politicians, they don't address the issue raised, instead they reaffirm the Trojan Horse it's hidden in.
T

Since I'm very concerned with this subject thanks for your update I guess we should all live it up while we can now this season because who knows what the future holds,also they hide laws within laws just like back in 95' they hid the "anti rave act" within the " Amber alert" law so that law was passed but killed the rave gatherings at the same time so I'm aware of the sneaky political ways they will try to pass this law


How is this tactic even legal?
8

I plan to combat this proposed EPA regulation by:

Continuing to show up yearly at my local state inspection station for the yearly safety inspection....and passing. Then proceeding to my local courthouse annex to purchase a new registration sticker for my car. And continuing to enjoy driving my car when I want to. I have yet to see any EPA enforcement folks in all of my driving.
R

Friday, April 15, 2016, the Environmental Protection Agency (EPA) announced that it would remove wording that would ban the modification or removal of certified emissions equipment on a road vehicle that was being converted into a race car.

While we still need support for the RPM Act, this stands as an excellent example of what you can do to help protect the hobby, jobs, and industry of motorsport.

I love the "never intended" and "our attempt to clarify led to confusion" part.
T

Darth Fiero said:
I can't believe there is so little being said about this subject on this forum.

What it looks like to me is these new EPA rules will basically make 99% of TurboBuick.com members' cars illegal.

These new regs will likely also make it impossible for any of you to find and buy performance parts for your cars and trucks. The reason why is because the EPA has already stated its intention to go after the manufactures of aftermarket performance parts and related service providers - serving them with potentially huge fines.
Click to expand...

So, is the sky still falling?

Darth Fiero said:
Please point out to me in these proposed regs, how they are written now, where it says they are going to "grandfather in" all existing businesses and products.

Because the way I read it, it sure sounds like these proposed regs prohibit the whole idea of "grandfathering" any existing businesses, products, or services.
Click to expand...

Back peddling by the EPA noted.
S

TurboTGuy said:
Back peddling by the EPA noted.
Click to expand...

The Milwaukee-based company also agreed to pay a $12 million civil penalty as part of a settlement with the U.S. after being accused of violating air-pollution laws by selling the “Screamin’ Eagle” engine tuners. Harley sold more than 339,000 of them from 2008 to 2015, according to a complaint filed Thursday in federal court in Washington.

Harley is also required to sell only devices that comply with Clean Air Act emission standards. It will contribute another $3 million to mitigate air pollution under its deal with the Justice Department and Environmental Protection Agency.

“Given Harley-Davidson’s prominence in the industry, this is a very significant step toward our goal of stopping the sale of illegal aftermarket defeat devices that cause harmful pollution on our roads and in our communities," said Assistant Attorney General John C. Cruden, in a statement.

Harley disputed the government’s claim that by selling its tuner through its dealer network, it enabled dealers and customers to tamper with motorcycles used on public roads. The company said the tuner was designed and sold for off-road and closed-course competition.

“This settlement is not an admission of liability but instead represents a good faith compromise with the E.P.A. on areas of law we interpret differently, particularly E.P.A’s assertion that it is illegal for anyone to modify a certified vehicle even if it will be used solely for off-road/closed-course competition,” said Ed Moreland, Harley’s government affairs director, in a statement.

The U.S. claims Harley manufactured and sold the so-called super-tuners devices that caused motorcycles to emit higher amounts of certain air pollutants than what the company certified to the government. Such devices alter emissions controls and are prohibited under the Clean Air Act on vehicles that have been certified to meet E.P.A. emission standards, the U.S. said.

Source: http://www.bloomberg.com/news/artic...y-for-selling-emission-control-defeat-devices
You must log in or register to reply here.