Well, it's been two years. Time for an update.

First and foremost: Pappaw has passed on. March 14th 2022. He was 70 and this family is worse off without him.

Onto the GN. It's not mine, but it is staying in the family, as it's going to my aunt.

So what happened to it the last 2 years? Nothing, really. I figured out (but haven't fixed) the whistle. It's the hose from the turbo to the intercooler. I ordered the highway stars kit and that hose was too short. Other two were fine. Also, the Powermaster finally gave up. My uncle and I tossed in the spare but never got around to bleeding the brakes. Hopefully doing that soon, and I ordered another hose today.

Here's a couple more pictures of it from back in the day. Probably 1991? I honestly don't know, there was no date on the photos.

And from when it came home from storage in either 2009 or 2010. And from a month or so ago when I washed it. Reminder that I do have new fillers in the trunk.

What's up with the trunk lock surround?

The originals didn't have one, just a blacked out lock cylinder.

Cleaned up nicely!
I hope that your Aunt lets you take it out to drive it every now and then!!!

TurboTGuy said:
What's up with the trunk lock surround?

The originals didn't have one, just a blacked out lock cylinder.
Click to expand...

It's just some stick on that says Limited Edition. I don't know if my grandfather put it on, or if the dealership did to try and make it look more special.

TurboTGuy said:
What's up with the trunk lock surround?

The originals didn't have one, just a blacked out lock cylinder.
Click to expand...

It looks like they are on all of the exterior lock cylinders, I'm betting for scratch protection!
ENJOY!!!

SLIC V6 said:
It looks like they are on all of the exterior lock cylinders, I'm betting for scratch protection!
ENJOY!!!
Click to expand...

The ones on the doors say BUICK. He had similar ones on his 83 Z28 (this car was bad ass. Decided, even after upgrades, that the 305/700R4 was just too slow and put a 383 and manual valve body TH350 in it. Sadly, it burned to the ground one day and that's why we have the Foxbody. He loved this car though. Damn mice/rats

(if you take issue with the plate and flag, please remember it was the 1980s and he was from Kentucky- it was never meant with ill intent.)
You can actually see the hood scoop in one picture that probably contributed to the wiring getting eaten. It was from a 1979-198? Mustang Cobra or GT. He of course had to cut the hood and insulation for it and that may have given them another entry point.

As for the Buick, it put up one *hell* of a fight today. Tried to bleed the brakes, rear left bleeder broke. Spent about 2 hours replacing that cylinder (because for whatever reason the slot on the backing plate wasn't big enough and then the retainer clip design is straight from hell) only to have the other rear cylinder throw the piston.

No, not taking issue with it. Just wondered, that's all.

Cool, if someone starts talking trash, you can tell em' "I'll smoke you in my old Grandfathers Buick" ...and do it LOL
What makes that funny, it's a line from a movie

TurboTGuy said:
No, not taking issue with it. Just wondered, that's all.
Click to expand...

I didn't mean to imply you were. I was just aware that the confederate flag stirs up a lot of mixed feelings so I wanted to put that disclaimer out in general towards everybody since they were visible on that Camaro

JRC99 said:
I didn't mean to imply you were. I was just aware that the confederate flag stirs up a lot of mixed feelings so I wanted to put that disclaimer out in general towards everybody since they were visible on that Camaro

If there are any woke fools on here they have been butt-hurt long before you came around..

Fuck the tool that resides in the White House today! He ain't MY president.

Two months later and it lives again... sort of.
Seems to have a small oil leak up by the turbo and I'm thinking one of the injectors (at least) is leaky because you can smell raw fuel when ever it gets revved. Not to mention idling for a half hour moved the needle from over to under 1/2 tank. I don't think it should be using that much. The joys of sitting for years!
I'm entirely convinced that because of this it's still not making full power, but it is making enough to bark the tires when it shifts to 2nd and chirp em hitting 3rd!
I also wasn't sure of the brakes, having forgotten that the pedal feel in this car has always been odd compared to what I'm used to. Dad proved my uncle and I did fine by doing a burnout in the driveway. Then I did one. So yeah, brakes work good! 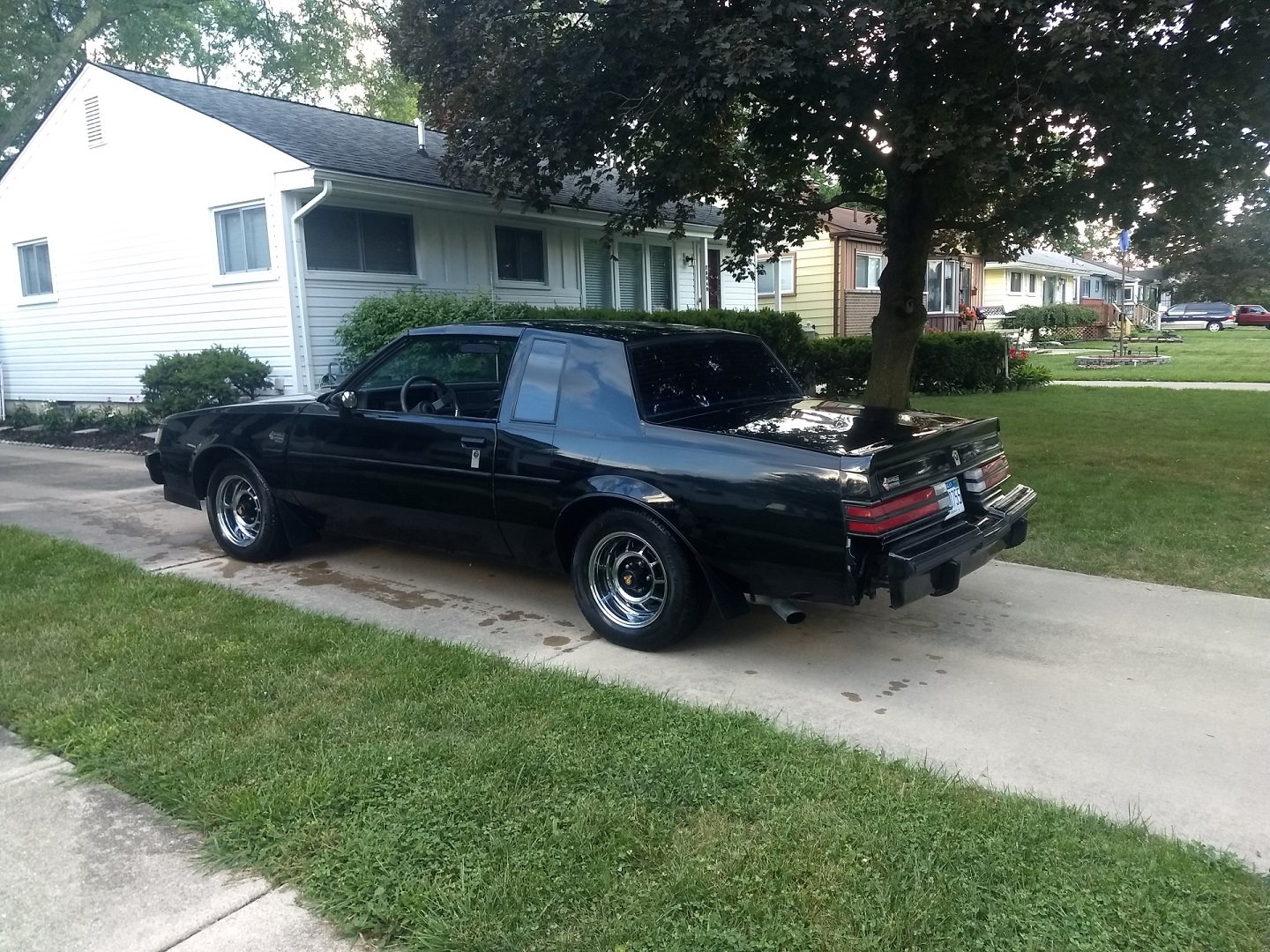 Oh, my aunt has christened the car Creeping Death. Fitting. Which is why I specifically had it blasting as I went WOT leaving the gas station. Let me tell you, that entire album is so much fun to listen to in a car like this. But I'd wager most of you already knew that!

The plan is to try and schedule it into Aggressive Auto next year and have them go over everything. I'm not mechanically inclined and not comfortable monkeying with a car like this. Modern enough to be complicated as hell, archaic enough for everything to be going wrong and hard to diagnose if you don't have the natural skills and experience. Makes my caveman head hurt! Computers=baaad
Last edited: Aug 26, 2022
You must log in or register to reply here.