I'm Joe, and I'm 18. I've grown up around cars thanks to both my father and my maternal grandfather both being gearheads.
This is the 1987 Grand National he's had since about 1989. He was driving with my grandmother to buy either a refrigerator or a drier (can't remember which) when he spotted it at Red Holman Pontiac/Buick/GMC (now Todd Wenzel) in Westland, MI. He bought it, but it became my gramma's baby. She actually damaged it when she hit a manhole cover with it, got it up on two wheels, and screwed up the lower driver's side. By 2001, when I was 2, it went into storage. Probably to make room for the '68 Camaro that's now in my/our garage, along with the '67 Chevelle.

I'd very rarely heard mention of the Grand National growing up, and not knowing anything about them, always thought "Lame! It's just a V6!". Then, in 2009, he brought it home. I changed my tune very quickly. Sadly, years in storage weren't kind to it. The paint's chipped (actually probably from before storage), very cloudy, and where it was repaired, with the RockGuard, is cracked very badly. And, like many 80s Buicks, the bumper fillers are cracked and broken. The "3." on the RH side hood emblem was broken by my Dad when he was using a buffer wheel back in the day. Oops.

I actually got to drive it to the Hines cruise this summer (and Dad drove the Chevelle- Pappaw doesn't like to go to cruises for some reason. I've tried to get him to come.) and it was a total blast. Under every bridge, I'd let he turbo spool up (fear not- the second it actually started to pick up speed, I'd let off the gas.) What joy! 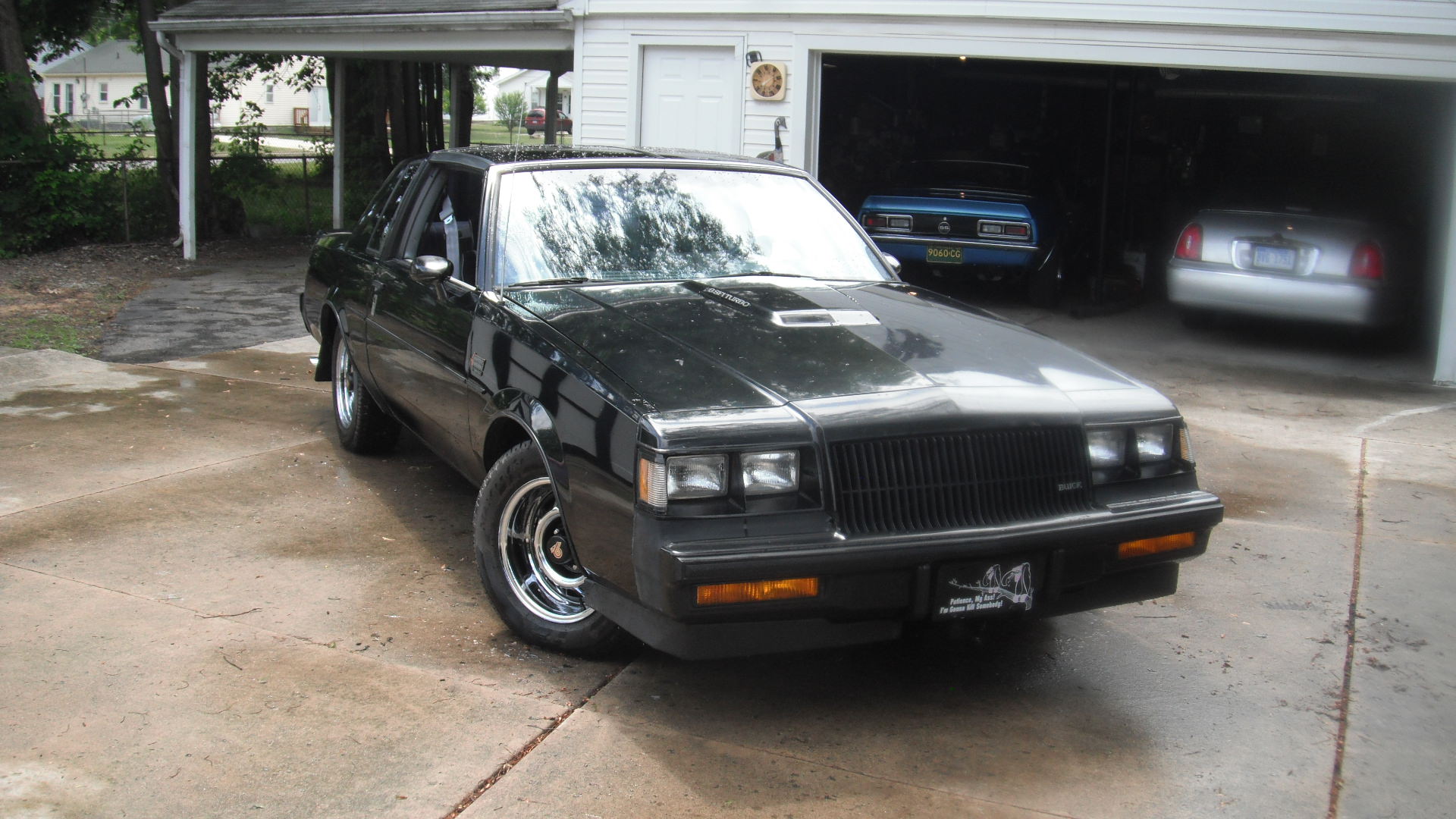 The plate says "Patience My Ass! I'm Gonna Kill Somebody!" 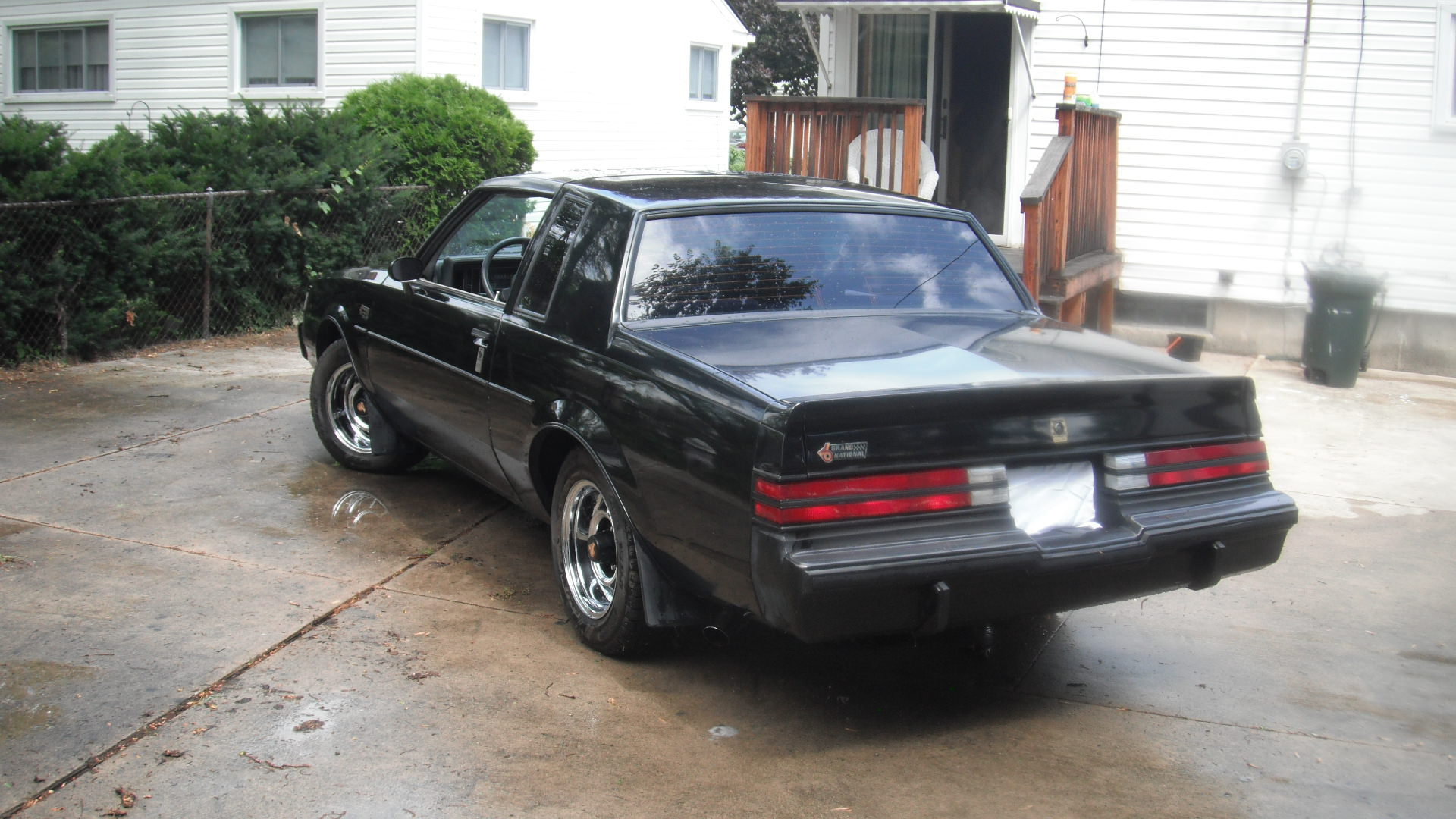 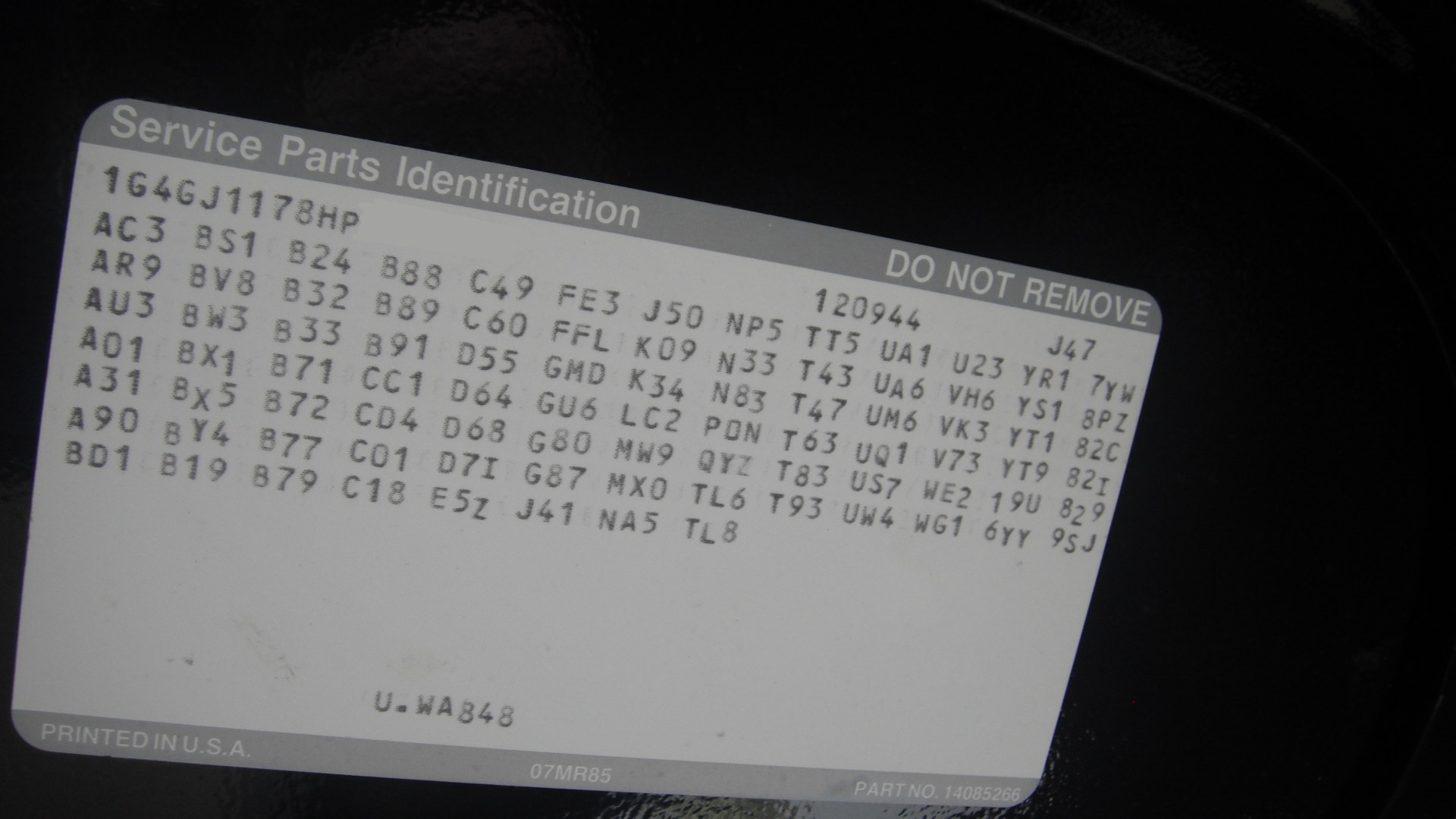 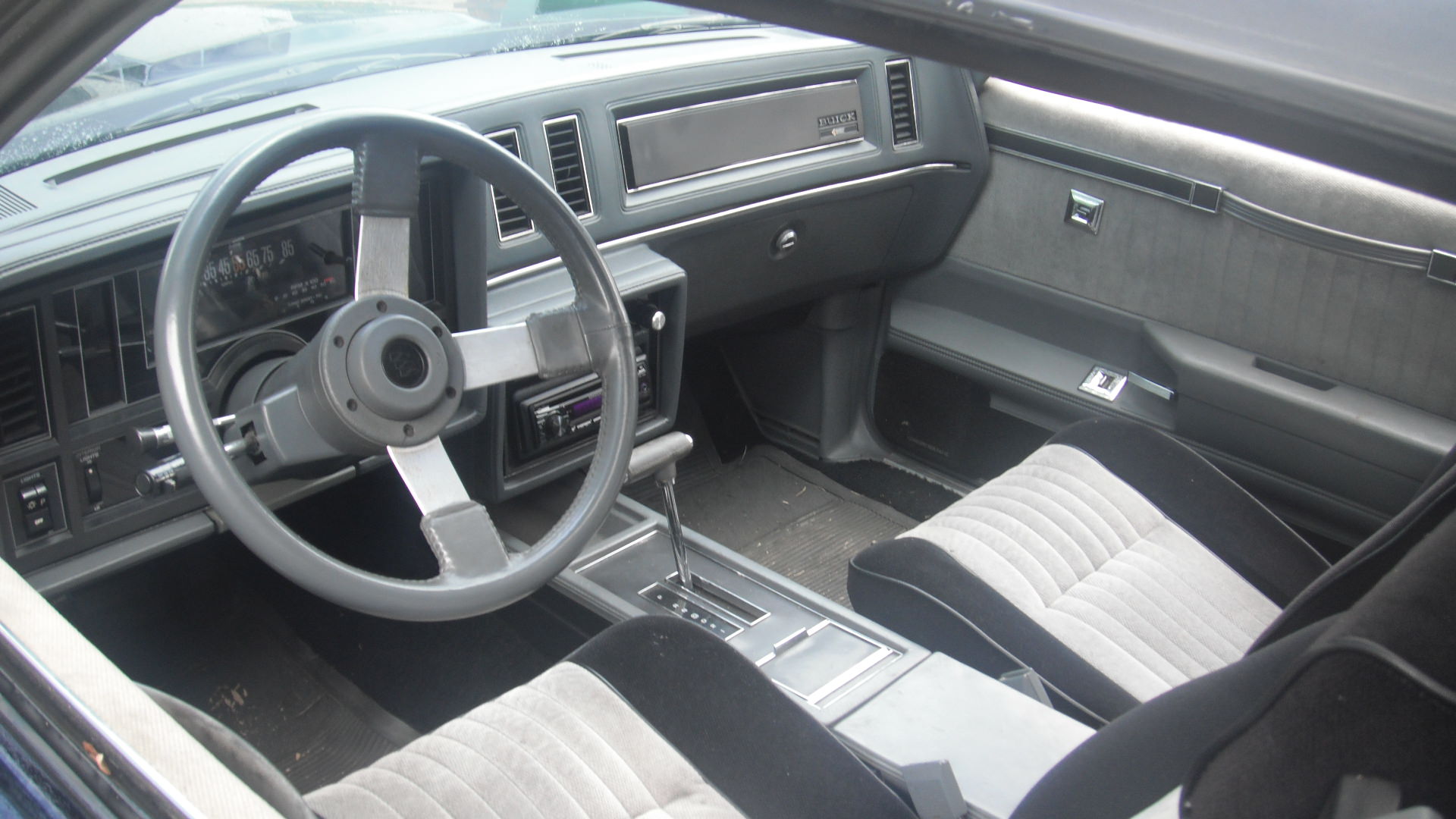 Fear not, originality nuts! The original stereo and speakers are.... 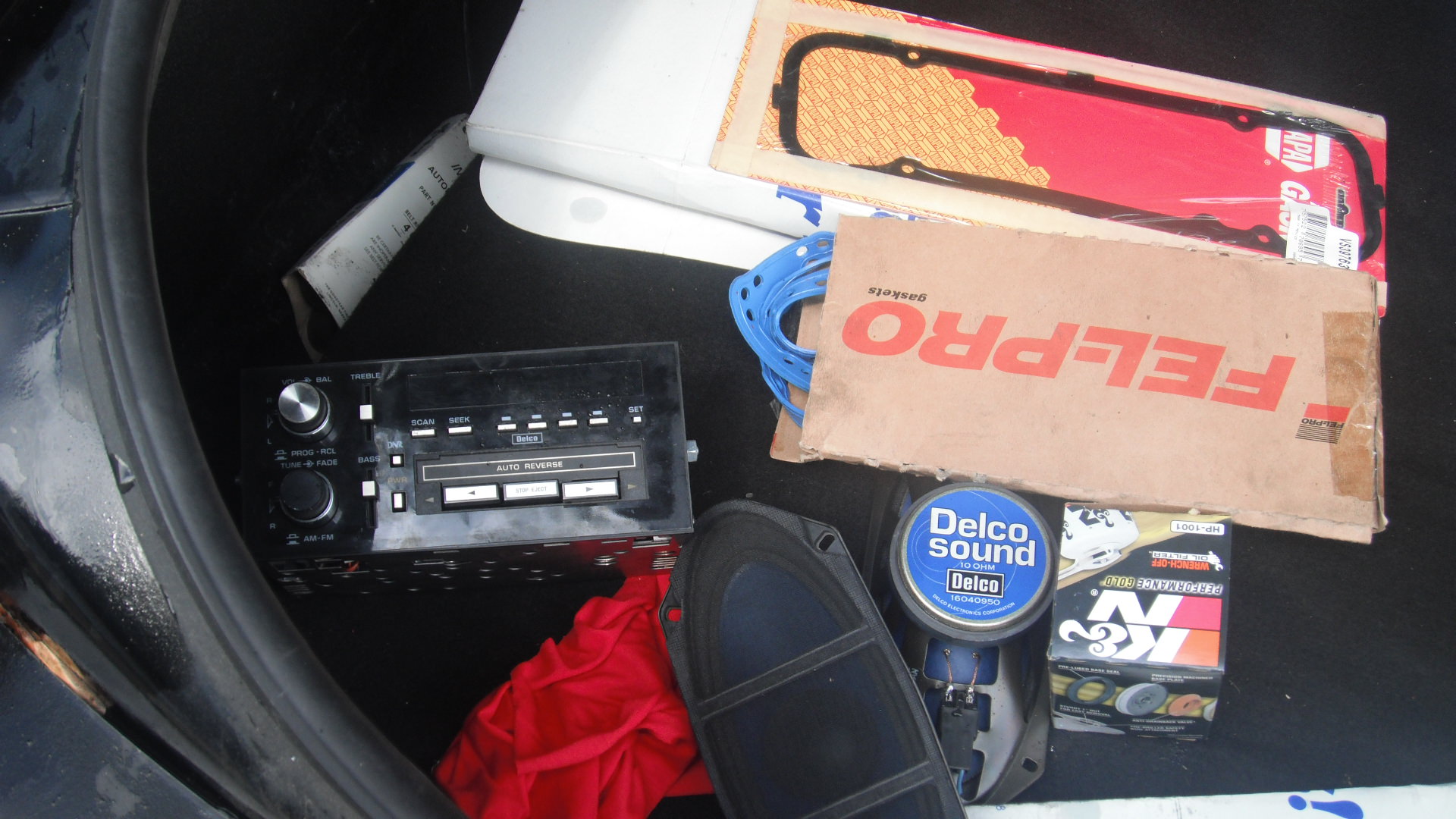 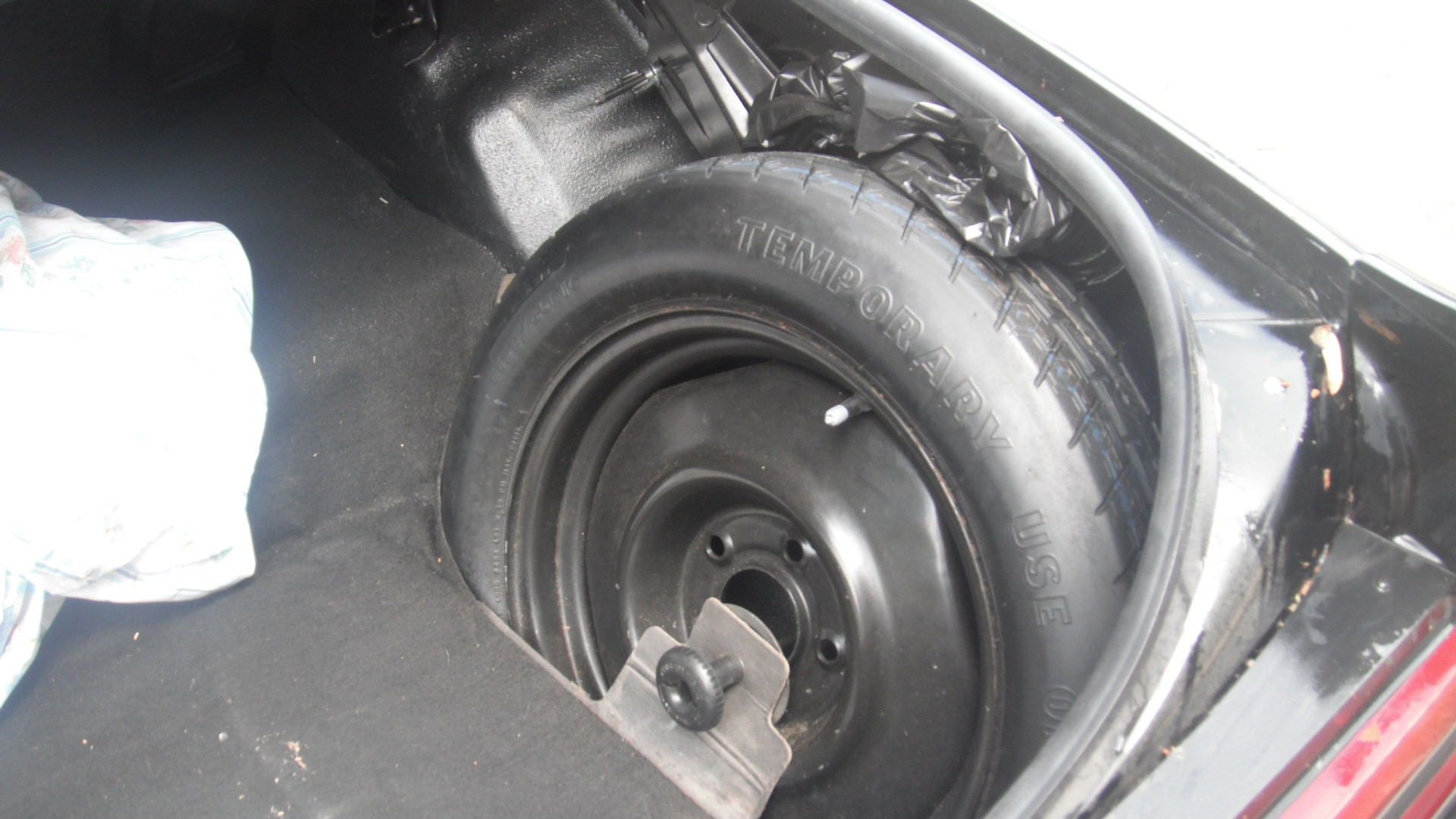 I might be wrong, but I think this is the original spare. 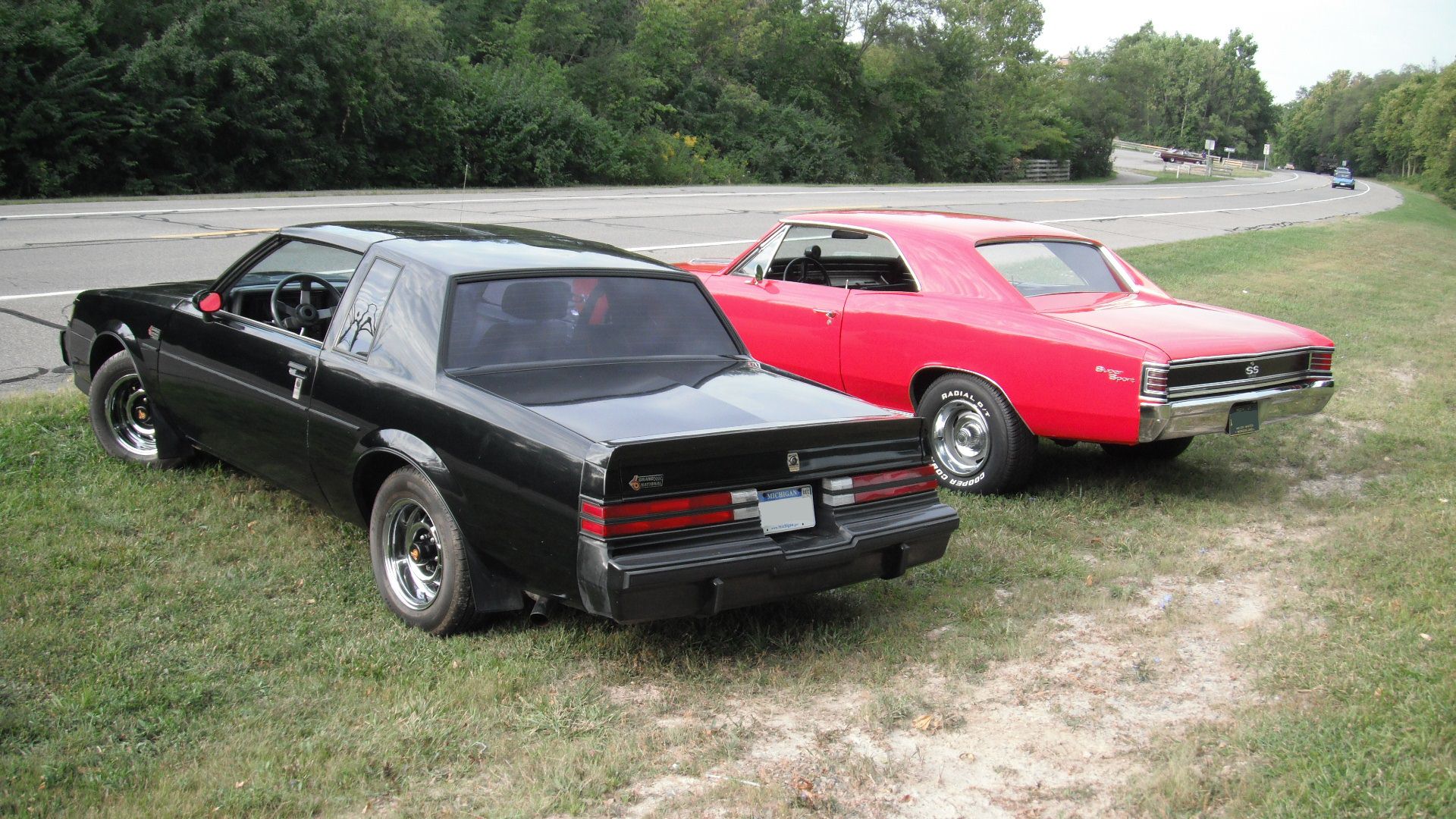 At the Hines cruise with both the GN and the '67 Chevelle.

And of course, a video of it!

The modifications are as follows: Larger impeller in the turbo, and a non factory (I think true dual) exhaust system. That's it.
J

If you have good arms, pick up some micro-fiber towels & a Turtle Wax Jet Black kit: https://www.turtlewax.com/our-products/jet-black/turtle-wax-jet-black-black-box-kit

Wash the car well with a quality automotive soap & then follow the Turtle Wax directions. Apply & remove in straight strokes instead of circles. Be careful/gentle with the bumper fillers. You may be surprised at how well it looks when you are done. I used a soft bristle tooth brush around the lettering to remove the old wax build up.

Welcome to the club! Learn all you can from dad and grandpa then come here to fill in the gaps.

Thank you for the advice! I've tried hand waxing it, and it just doesn't make a dent in the oxidization. My thought is, barring the other 3 cars needing anything (Ha!), maybe have it professionally detailed, and then replace the bumper fillers and have the lower driver's side resprayed. None of it is likely to happen, to be honest, but I can dream, right?
J

Try the product in the link above.

Perhaps in the Spring. I also need to look at the trans cable. When I drove it, it didn't want to go into third under hard acceleration.
T

Use the Turtle Wax that JM is talking bout , It surprised the hell out of me how good it works
J

Turbo Keith said:
Use the Turtle Wax that JM is talking bout , It surprised the hell out of me how good it works
Click to expand...

Surprised me also. It takes some time & effort though. There may be better products available, but the Turtle Wax product is available at Autozone.

Whatever you do, DO NOT use rubbing compound and/or a buffer. The paint is too thin to begin with.

Very Kool. Big congrats on owning such a great piece of American Muscle Car history. The most effective thing you can get, to make that thing go fast and be reliable is knowledge. We give that away for free here. Here's some evening reading to wrap your head around. https://www.turbobuick.com/threads/info-for-new-turbo-regal-owners.380856/ Don't worry too much if you don't understand it all. Just try to understand the concepts and what NOT to do. The rest will come with time. Use the search here to find your answers. If you can't find the answers, just ask.

This is your "New guy thread". Feel free to ask anything you want. No dumb questions here.

Welcome to the site and Happy Spooling...

How many miles are on it? What state do you live in?

I'd forgotten all about this thread. To answer questions, I'm in Michigan, and it has, when I last looked earlier today, 37,900 ish miles on it (I last remember it being 37,907, but I'd driven more and forgot to look). The hood emblem and bumper fillers have been ordered, so soon it'll look better than it has in years. One of the detailing guys in the body shop at work offered to wheel it out for me as well, so it'll soon be shiny.

Post some pics when you get it done. Oh, and by the way welcome to TurboBuick.com.

Hey JRC99! It's good to see you're still with us. I'm in Wyoming,Mi. (Grand Rapids burb) . My 87 T has about the same mileage as your GN. If you need a good paintshop, at least in this area, I can recommend one. I had some paint work done earlier this summer and it turned out Great.

I edited that out. I probably should have clarified. I know there's no real reason to have edited it but I felt better

Got it buffed today. Still got treesap in it because he didn't realize how bad it was so he didn't have his stuff for that with him. It looks so much better, just needs the bumper fillers and hood emblem put on