Did Buick size the stock fuel Injectors at 100% duty cycle?

Just read an article in "The Source" saying Buick used .68 as a brake specific fuel consumption value in determining it's fuel Injector sizing, so using that number and the advertised 245 hp of an 87 tr with no duty cycle factor (100%) the formula came out to almost exactly 28lb Wich I believe is what our stock injectors are.

The sizing calculators I've seen say for turbocharged applications use a value between .55 (less safe) to .65 (safe) while keeping duty cycle under 90% for safe operation, preferably under 85%. If the 245hp rating was underated to begin with as many believe then it seems the stock Injectors were woefully undersized??

They are undersize if you do way more boost, and many do. But the fuel pump isn't much better and neither is the stock wiring supplying the power to the pump. Pretty much why it is common knowledge to do a hot wire kit and decent pump before doing other mods.

A bone stock 86-87 turbo buick at 14 psi boost should dyno about 230 hp at the wheels. consider a 20% driveline loss equals about 290bhp at the flexplate.

At Richard Clark's open house last May, I spent a few days camped out at the fuel injector flow bench testing injectors for anyone who wanted. the pic below is of Richard's confirmed OE Bosch 218 injector in position 2 while a set of six green stripe 30# disc injectors (5207009) occupy positions 3 thru 8. 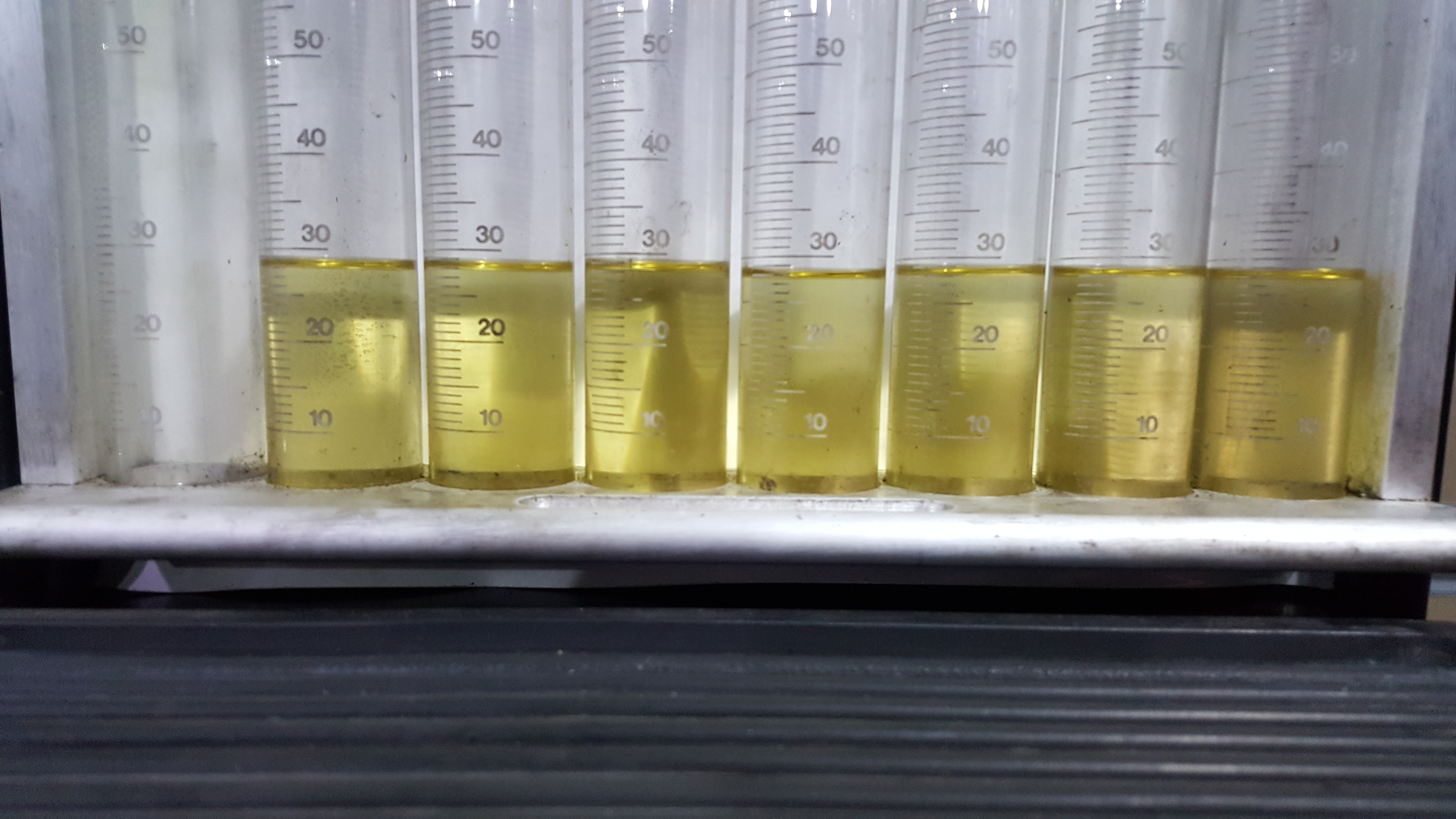 I stopped the test early as they were all flowing the same rate. I knew I had green stripe 009 injectors. I expected they were the 42# 5208009. Turbo Bob helped me with the magnifier ap on his phone so that I could see these were actually the 30# green stripe injectors 5207009.

below is the dyno report for my car - zero mods. the 23 hp gain was from cleaning the accumulated oil from the intercooler and intake plumbing and de-carboning the valvetrain. still at 223 hp at the wheels, I'm a little low. probably due to original cam showing some wear and original valve springs fluttering. 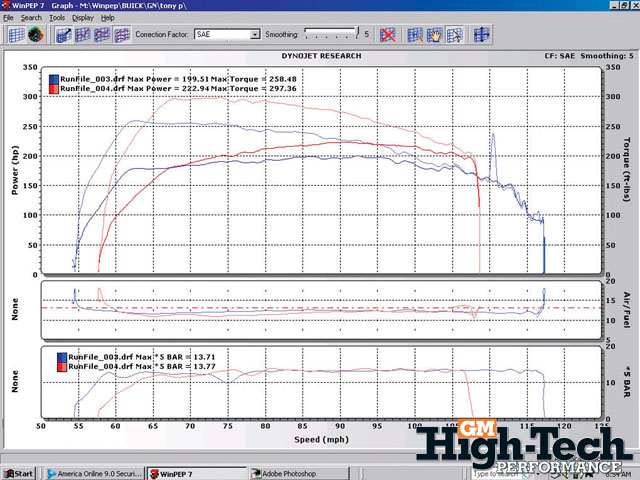 Yes, the 245 bhp rating is a crock. In the GM power hierarchy, nothing was to be greater than the 'vette. the 87 vette was rated at 230 bhp.

Staff member
They were close to 100% when the MAF was at 255gpm. The Trans Am used higher base fuel pressure to cover the added manifold pressure with the same injector. My car was always lean with stock injectors and fuel pressure in the winter. The more it revved up to about 4800rpm the leaner it got. I then crushed my regulator to bring base pressure up to 45psi which helped a lot. This was all after replacing the fuel pump and hot wiring which was done first since I only had about 11v at the pump when I got the car. The added fuel from that regulator mod paid off huge. Then about a year later I got the 36lb/hr injectors and kept running the same hi-lo chip and I was able to run the stock turbo all in without leanout. All i had was a volt meter taped to my dash and a breakout on the O2 sensor wire. This was all I could do at the time. I didn’t have the money to do anything else

referencing Bison's post above, those learning may not have this chart or a quick idea of what 255 grams per second mass flow rate is. or how to relate gm/sec to cfm. it's not a linear relationship.

attached is a handy chart of the flow curve for stock 86-87 MAF units with the BW sticker. the graph translates grams per second air flow to cubic feet per minute air flow volume.

What are some ways bsfc can be lowered? Octane.. heads.. timing.. ??
I'd personally rather run properly matched injectors rather than guessing at some larger ones and only using 40-50% d.c.

Staff member
Some info. Some, from well known sources. 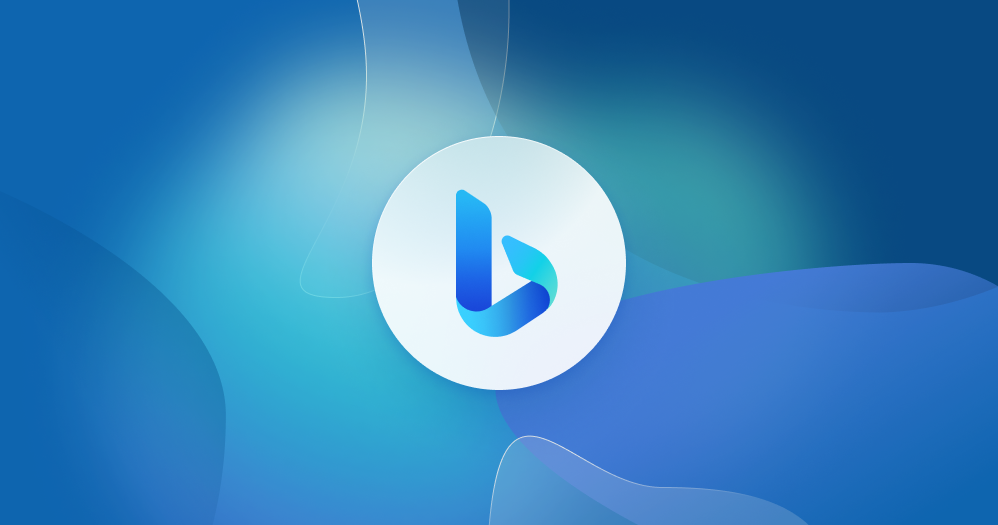 How to improve BSFC in a turbocharged engine - Bing

Intelligent search from Bing makes it easier to quickly find what you’re looking for and rewards you.

www.bing.com
You must log in or register to reply here.