I kept forgetting to hit record on the logger so I only have logs from the 2nd hit and the 10.88 passes.
From the data I got I can keep on turning up the boost and leave even harder, the ignition timing is still under 20* .
Going to have to get a new boost gauge I'm over it's range.

Seems like I may be taking the top end off for a reseal soon. So believe I may have lifted the odd bank head after the last track outing. Once off the trailer I put the Buick in garage and it sat for a week with the slicks on. Got it out for a cruise last Friday and the car would cut out if you got into boost, figure the fuel filter is clogged or my tune went wonky after the last data log. I put it up and the next day pulled it back out but it was missing a bit and then cleared up but I could smell coolant. I checked the radiator and it was half full, topped it off and checked the oil, damn milkshake but the level was low.
I fired it back up let it get up to temp with the milkshake oil and it ran fine, didn't miss and the coolant level in the radiator is the same.
I'm going to try a re-torque on the head studs and change oil and see if the coolant stays in the radiator.
RJC head gaskets with studs, I've never had one leak or blow out before.
T

If you have coolant in the oil the bearing are toast...

Yeah, I'm well aware of what water does in oil and I'll take the chances with the HP series king bearings holding up to the idling time with the mixed oil. I'll have decided what route to take now by the weekend.
N

I had an RJC seep before under boost between #5 and the coolant passage at the back. That was on a stock short block with factory heads that had been ported and surfaced. I bought a large 1/2" thick piece of glass on line somewhere and used some 3m spray adhesive, and adhered some 220 wet sand paper to it. The piece of glass was sized to put 3 pieces side by side in the short direction. The floating process for making glass makes it about the flattest thing you can buy. With the block on the stand I started sanding the deck. You could immediately see the high and low spots which were numerous, and it was low between #5 and the coolant passage. It took a while to sand each side flat. I also checked the heads on the glass by sanding a little, heads were flat. After cleaning everything up, I reassembled with cometics. I followed what some other guys on the board did, I think it was Jerryl who recommended the method. I took the cometics apart, washed them, and sprayed hylomar on each layer both sides, and assembled. No leaks of any kind. After my current build, I did the same with the cometics, but the block was surfaced at the engine shop, no leaks this time either.

This current block deck was surfaced for gaskets like Cometics when I got it, it's flat and I did the heads myself the way you mentioned a few years ago.
I'm going to pull the top end check the RJC gaskets out and reseal it if they check out.

Saturday night tear down and I see the culprit. #1 blew sealant out into the valley, the rest looks like when I put it together.
Bad light pic: 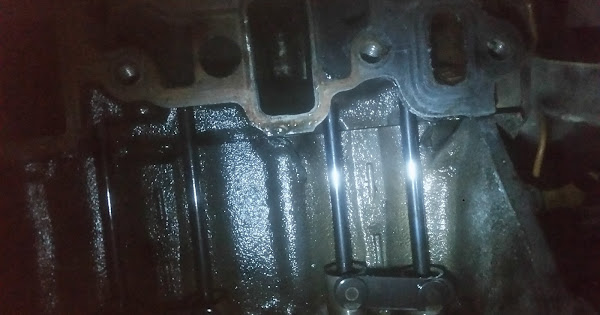 photos.app.goo.gl
I'm working on removing the head to see the condition of the RJC gasket and the block/head decks.

A retorque definitely wouldn't have worked. The decks are good as well as the gasket, the block deck had some heat buildup right at the fire ring. So going to clean everything up and reseal the RJC gasket on the odd bank. Will be back up ready for track action this week given the valve cover gaskets/boost gauge arrive on time.
Block with the heat mark: 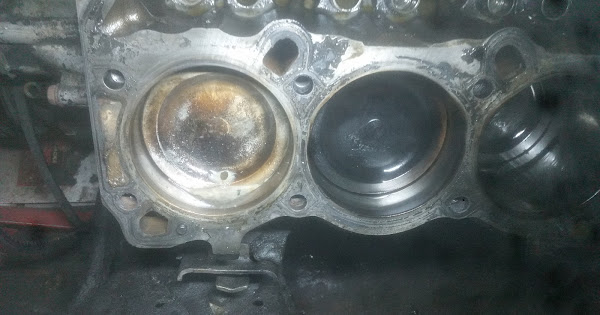 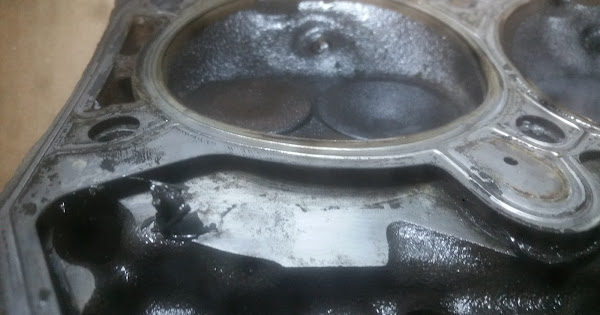