man some folks never learn or was never schooled properly, I have a 2015 challenger, does ok for a aspirated v8. went to get the usual 12 pack, going through the drive thru and the guy at the window looks at my ride with a smirk and says he could blow me off the pavement with his mustang, I asked what his combo was and he said with a smartass grin hes running a supercharger combo with nitrous. I said simply that I have a turbo t id run him with. I laughed and told him most mustangs cant run without a baby bottle. I believe the insult worked he sais don't sing it bring it, so I met him at a secluded spot, when he saw what I brought he commented about bringing a knife to a gun fight. LOL. so we line them up I locked the trans brake and strted getting my launch boost ready and its off the line, pure holeshot!! I ran him by at least 4 car lengths. needless to say when we stopped to turn around and head back he never stopped to converse he left with his tail between his legs.

moral of story, educate yourself before not AFTER!!!

"...most mustangs cant run without a baby bottle."

Ha! that is a funny line! Great kill. 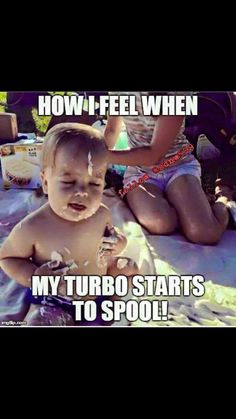 I think we should get extra "points" for whipping a stang. If the stang rider is a bragger then even more points!

Frederickdav said:
I think we should get extra "points" for whipping a stang. If the stang rider is a bragger then even more points!
Click to expand...

I call them "J A M" Just Another Mustang

Kyleh24 said:
I call them "J A M" Just Another Mustang
Click to expand...

I'm just not clever enough to connect "Peanut Butter" to a Corvette.

Then we could have Peanut Butter and Jam..... LOL
G

my T is a true sleeper. sounds like a hornet on steroids. dynode out at 598 HP. not bragging but the car is built to race competition specs. did a full off frame resto
and removed about 550 lbs. I had it at bowling green several years back, got a lot of attention from the track guys. my last pull I ran 10.02@135mph. its a great car to brag about.
T


Sent from my iPhone using Tapatalk
You must log in or register to reply here.