The start of the season was delayed, but things are opening up, and as long as everybody keeps their distance and COVID-19 doesn't flare up, we're green to race.

Since the car came home from Saudi, it's been stashed in my Dad's shop while I repainted my girlfriend's Benz. The clear had completely failed, so I sanded it all off and re-shot it. 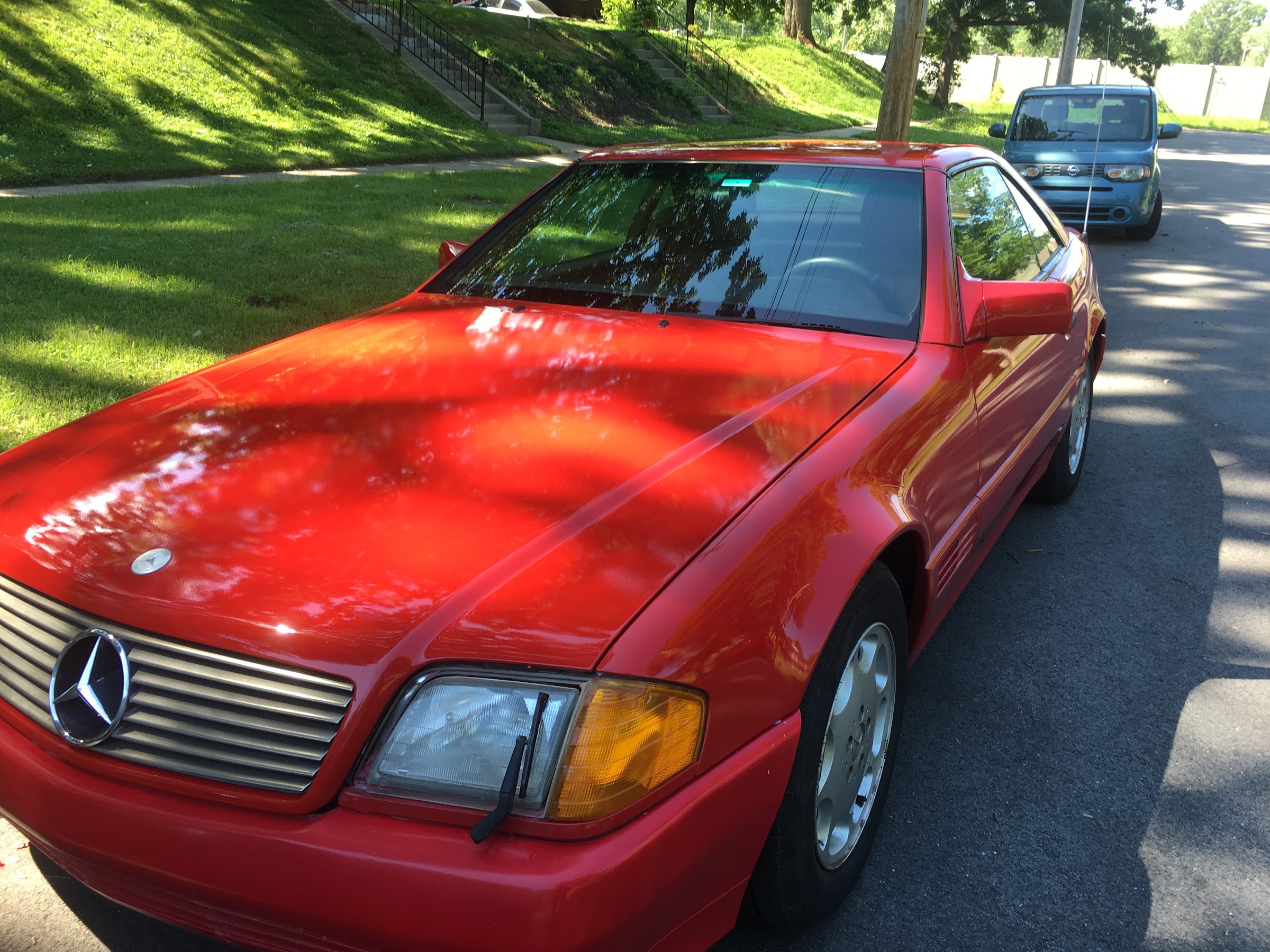 With this thing out of the garage, the Buick came home for good: 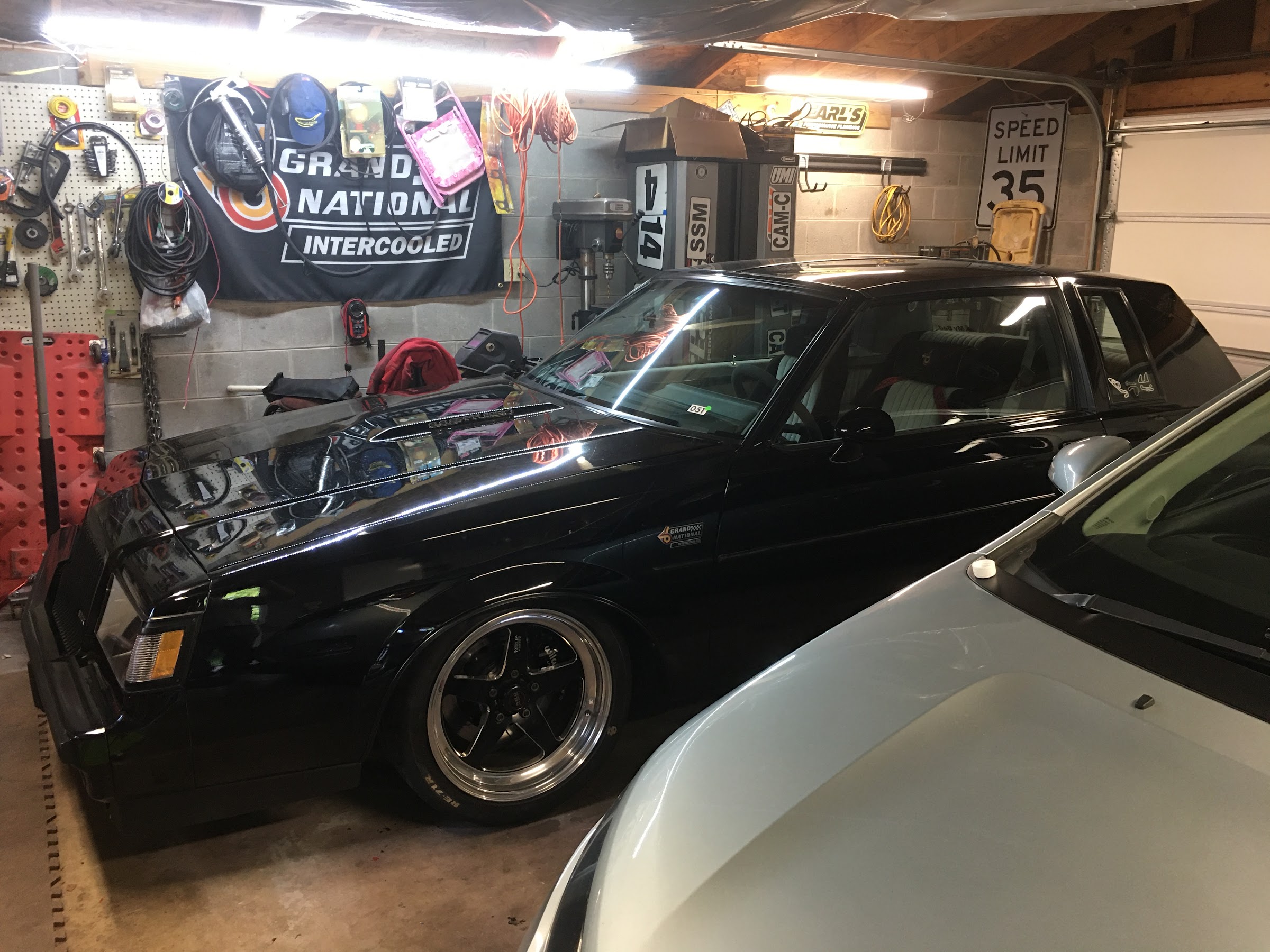 So, just as a giggle, I'm pulling down all the logs from the ECUGN. It has a realtime clock and 8GB of internal log space, so everything it did while it was out of my possession was logged. Though it can take awhile to pull down nine months of log files:

After reviewing those logs, turns out they kept their word. The car basically was idled around until it went into the crate, then nothing until it came out of the crate. It's got some new scratches, but nothing serious.

Which brings us to 2020. The Optima DriveAutoX series starts off at UMI Motorsports park on June 20th. If anybody's close to Clearfield, PA, and you don't have COVID symptoms, stop in and have a gander.

That driveAutoX series continues the following weekend north of Cincinatti, and then hits NCM at the end of August.

But what about the Optima Ultimate Street Car series? I'm taking a different tack on that this year. While the Buick was on its adventure, I got bored and secured a Ford Probe for $500. After a bit of elbow grease, it's cleaned up and is a fully functioning car. I'm running it in the Optima GTC class this year to see if it's possible to get a sub $2000 car qualified for Vegas. So far, so good. The car works:


Some driver tweaks still needed to adjust to front wheel drive, but the thing's a blast. I've entered it in the Optima events at Atlanta Motorsports Park, Road America (eek!), and NCM. Of course, if the Probe explodes, I'll fall back to the Buick.

So, keep an eye out here and on the blog. Instagram is pretty current with the eye candy, too.

NIce..look forward to seeing you out.. ripping it up again ..those head light wiper blades on them mercedes always give me a chuckle ...

grass doctor said:
NIce..look forward to seeing you out.. ripping it up again ..those head light wiper blades on them mercedes always give me a chuckle ...
Click to expand...

They don't even work!

I fought the lawn...

Good Luck in 2020! Looking forward to your posts and video's!

Good luck, wish I was home to hit clearfield, go some friends in that area.

Here's a fun one:

The Probe has these little plugs at the ends of the camshafts. They're just push-in, like a freeze plug. But they're blocking a cam journal. 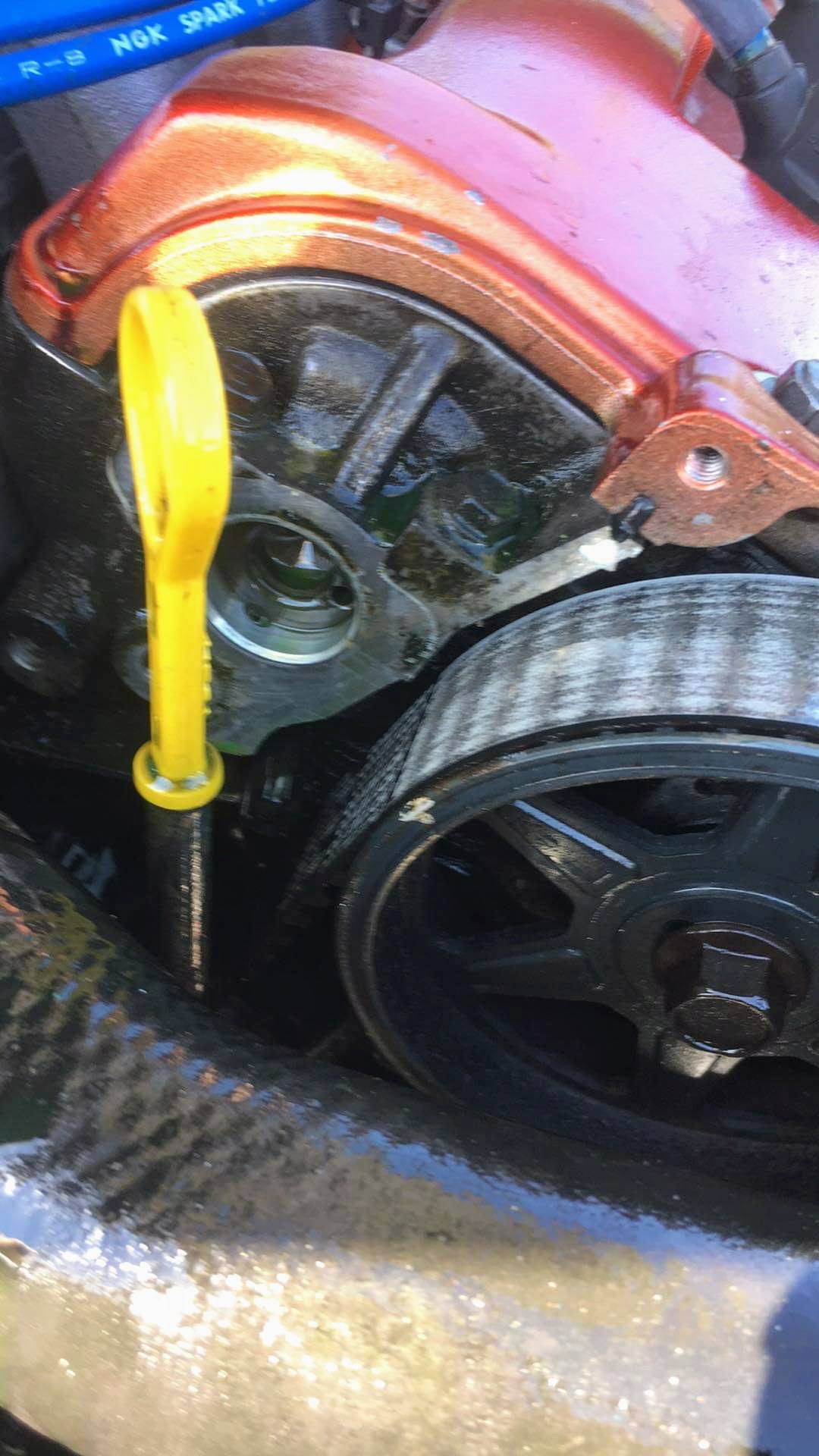 That small hole inside the big hole is the oil feed for that journal. It dutifully pumped about half a quart out before somebody told me I was dropping fluid.

So, got some new ones, replace them both, and made a couple of retainers to hold them in. 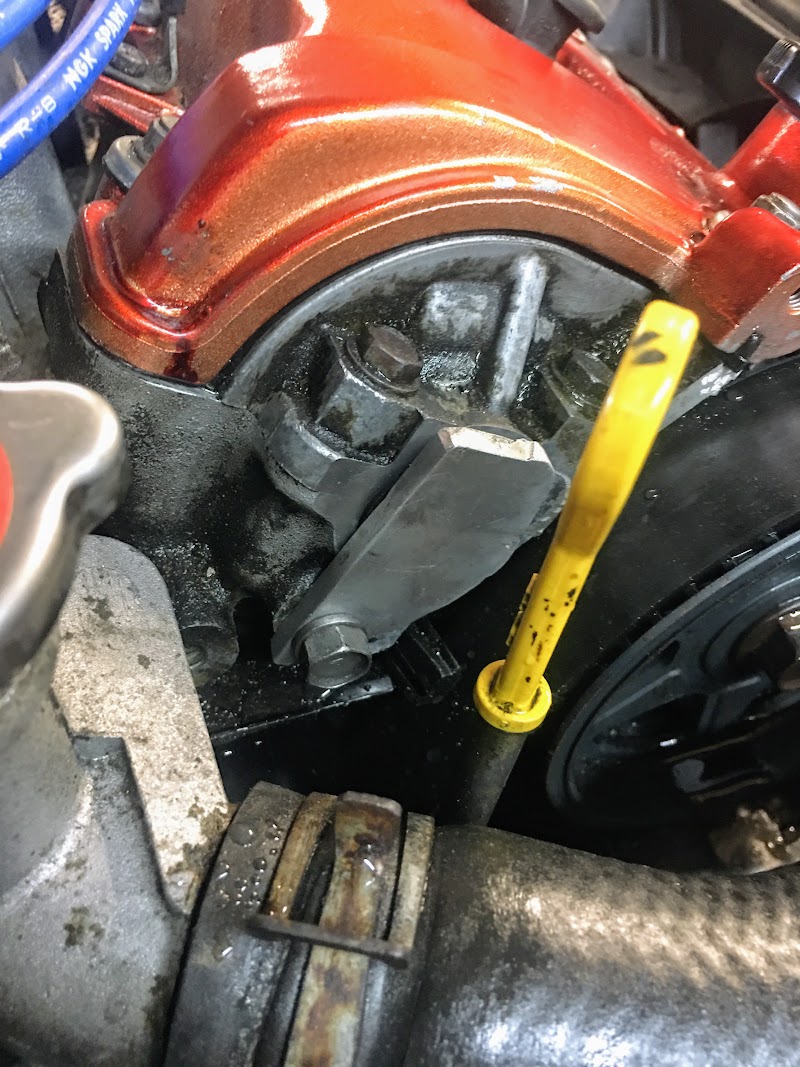 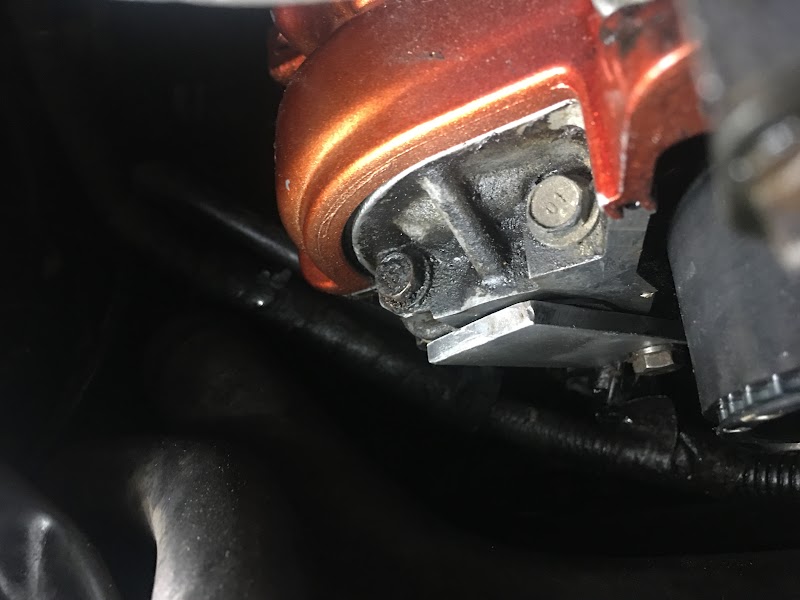 Yeah, those retainers look sturdy enough
Good luck and I [too] will live vicariously thru your adventures.
Have fun!


I'm currently sitting in first, by over 1.2 seconds at the DriveAutoX event at UMI Motorsports Park.

Tomorrow is more qualifying runs, and then the shootout. At this point, I only have to not screw up to win the class and a shot at the whole thing. Fingers crossed.

Managed to not screw it up! 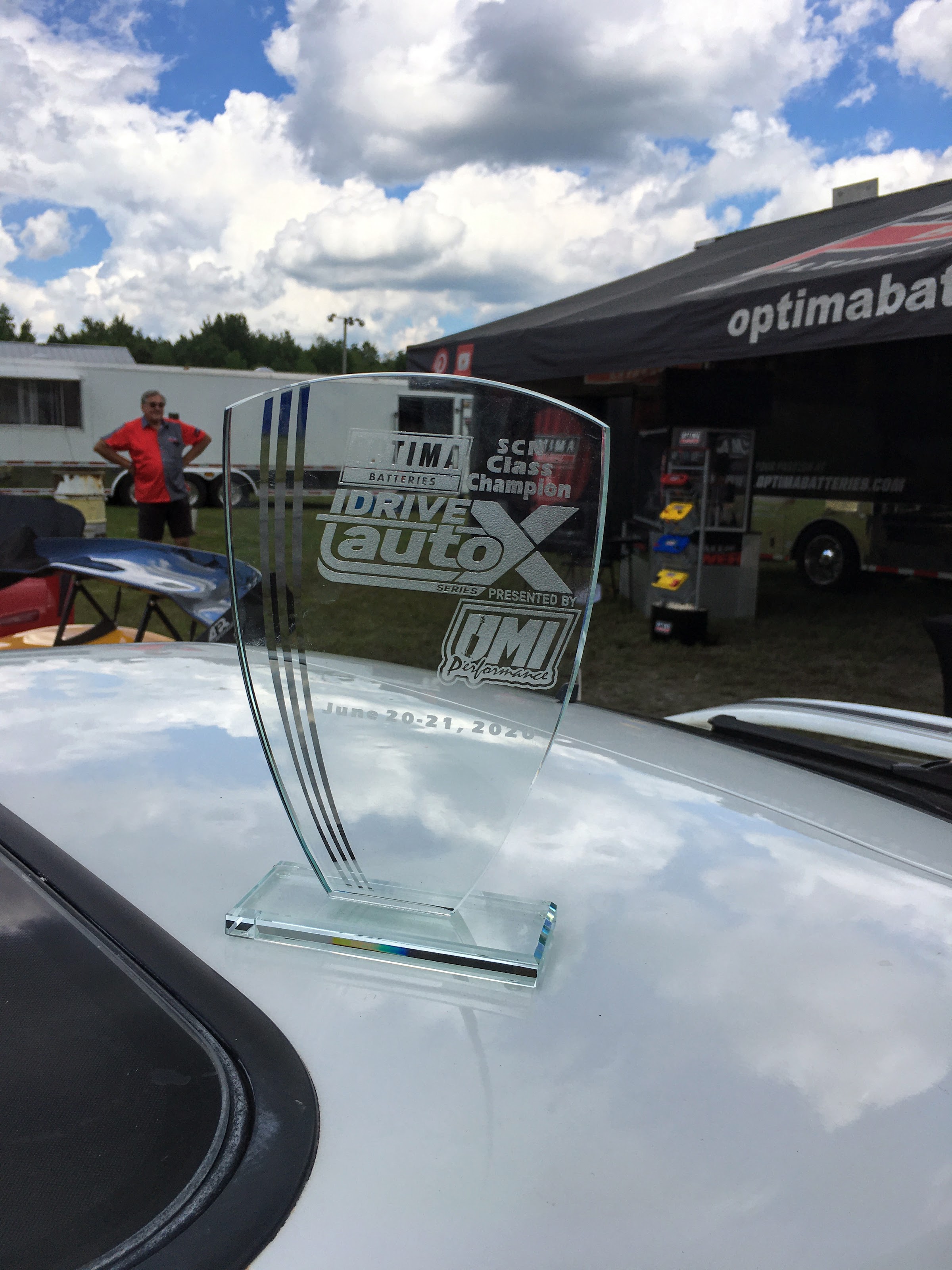 Now that’s getting after it!!

All that practice in the GN made it easy in a real car. Lol

My friends are merciless... ^^^ and here I thought the caption would be something like "how fast the Eliminator looks just sitting there..."
Congrats - Great job
That is impressive driving - doing well and switching between 2 entirely different (on how many levels?) vehicles.

This Probe is pretty quick! | Things I work on

This past weekend I ventured to UMI Motorsports Park in beautiful Clearfield, Pennsylvania, for the first round of the 2020 DriveAutoX season. DriveAutoX is autocross from the same people that bring u
www.andrewdscott.com
J

Woah man. I got asked to Co-drive a rowdy 2008 Mitsubishi Evo today.

The owner and I placed 1 and 2 in Street Modified, and I hit 6th overall raw time and the owner 8th. This thing is nuts. AWD, 500HP to the ground, with 305mm slicks on all four corners and functional aero.

The owner's second best run (we didn't get his best on video):


And I made this comparison of our two runs to help him figure out where to go faster:

I drug the Probe down to Atlanta Motorsports Park for the fourth round of the Optima Search for the Ultimate Street Car.

The car survived the event. I did lose a motor mount bolt during the second track session on Sunday, but I had already secured clean times on every other segment, scoring 359 points for the event. my highest single-event point total ever. With a 1994 Ford Probe. Oops.

AMP was interesting. The "autocross" was built on the road course, and the uphill sections severly punished those of use with almost no power. Still not last:


Sunday was the road course. Funny enough, without all the cones to slow me down, I was much closer to the class than the previous day:


This upcoming weekend, I have to put in a solid performance to secure a season championship in the Optima DriveAutoX series, and with that comes an invitation to the UMI King of the Mountain event. After that, I have Optima's USC event at Road America.

No one person should be allowed to have that much fun!!
Keep up the good work! 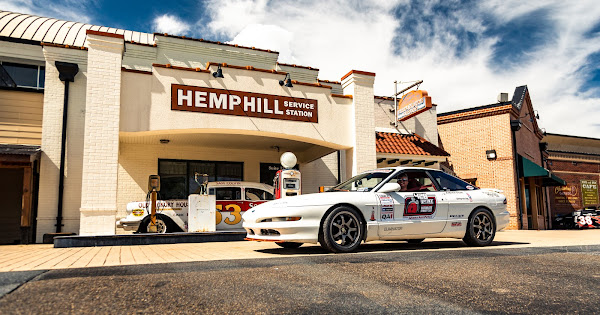 Optima at Atlanta Motorsports Park! | Things I work on

Inkyracing's write up of the Optima Search for the Ultimate Street Car, Round 3 and AMP!
www.andrewdscott.com
You must log in or register to reply here.